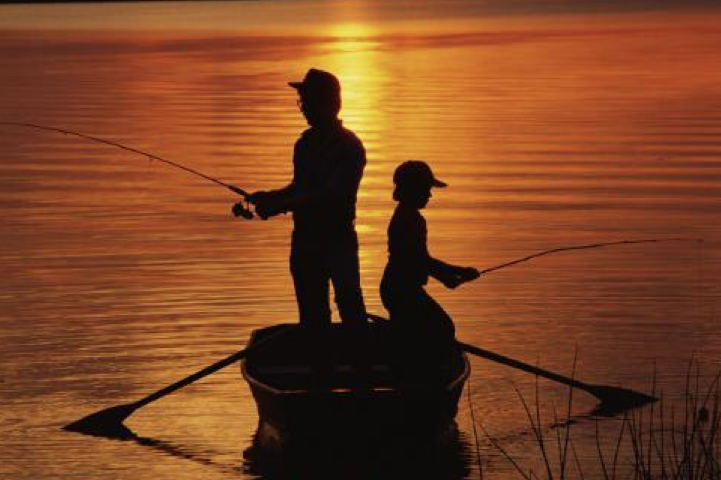 Ten-year-old Steven is one of those kids the experts describe as “at risk”. His single mom struggles to make ends meet. Though he regularly sees his father, a convicted felon no longer in prison, that relationship has its limitations. “Basically what I’ve learned from my dad is how to blow bubbles with gum and eat Oreo cookies, ” says Steven.

During the summer of 1993, Steven and his mother, Barbara, first heard about Promise Keepers while listening to a Focus on the Family broadcast. “I’d like to go to that conference in Boulder,” Steven (only nine at the time) told his mom. She let the comment slide, figuring it was an impulsive reaction of a young boy who wanted to visit the campus of his beloved team the Colorado University Buffaloes.

The conference came and went.

Steven’s mom expected his interest to wane, but he kept talking about in the months that followed.

This led to Steven writing a letter to Coach Bill McCartney, coach of his favorite college football team and founder of Promise Keepers, explaining his desire to attend a conference. Coach McCartney invited him to come to next year’s event with his father and sent him a copy of his book From Ashes to Glory.

But Steven and his mother doubted his father would come along.

For two years, Barbara had gotten to know Tammy and Gene Gregory who brought their children to her licensed daycare. Of the families she served who would call them Christian, the Gregorys seemed to be living out their faith best. After a series of events, Barbara asked Gene about escorting Steven to the Promise Keepers conference. He saw Barbara’s request as both an honor and an important responsibility. “But I had no idea who much that decision would mean to me and my family as well,” he says.

Gene and Steven drove back and forth from Denver to Boulder for both days of the conference. “What an incredible experience Promise Keepers was! To be there in a massive stadium packed with that many Christian men was in itself inspiring. Maybe because I was trying to see through Steven’s eyes, I think I was as excited an awestruck as he was. He obviously was blown away by the crowd dynamics – the singing and the spirit of worship. So was I.”

When a man left his hat and wallet unattended for ten minutes and they were left untouched until he came back, “I know this seems like a small thing but the little things like that added up to make for one impressive testimony about integrity.”

Steven got a big kick out of Chuck Swindoll riding out on a big Harley-Davidson and then seeing Gary Smalley arrive on stage straddling a little tricycle.

“I particularly remember the challenge put to us as fathers: That our kids are the only things of importance we’re going to leave behind on this earth when we die,” he says.

“None of the things we accumulate or recognition we receive is going to matter. So we need to fulfill our responsibility to give our children the time and energy and affirmation that will assure them they’re special. And we need to teach them about God and what is really means to have a relationship with Christ, as well as to show them how to find guidance and comfort in His Word.”

Gene says attending Promise Keepers with Steven moved their relationship to a new level as well. “Steven know that I wasn’t there just because I was taking him. He could see that the experience meant something significant in my life and I saw that it was making a real impact on him.”

It was late before Steven and Gene got back each evening. “But the two of them were higher than a kite both nights,” Barbara remembers. “They were so up from the conference, it was fun to listen to everything they wanted to tell me. Gene said that having Steven there really added to the conference for him – especially the session where Howard Hendricks talked about the impact mentors can have.”

Being with Steven has made Gene aware of how much a boy needs at least one good example. “And it needs to be a man. Steven’s mom does a great job. But Steven’s stuck being a male, and he’s going to learn how to be a man not from his mother, but mostly from the other men in his life.”

The mentor doesn’t have to be perfect but he does need to be someone who is honest about life’s hard times and whom in the midget of them, doesn’t give up his believes but is true to his relationships with his family and his God.

Millions of men have experienced transformation at Promise Keepers events. Promise Keepers 2020 is back to ignite an intergenerational audience with truth for their lives, while standing on its seven timeless founding promises that created the legacy.

Join us next July 31 in the Dallas area for Promise Keepers 2020 Conference. Bring a young man – like Steven – who desperately needs a Godly man in his life. Or, bring a group of guys, the men in your family or your men’s group.

This story was excerpted from The Power of a Promise Kept.
Copyright Promise Keepers and Focus on the Family.