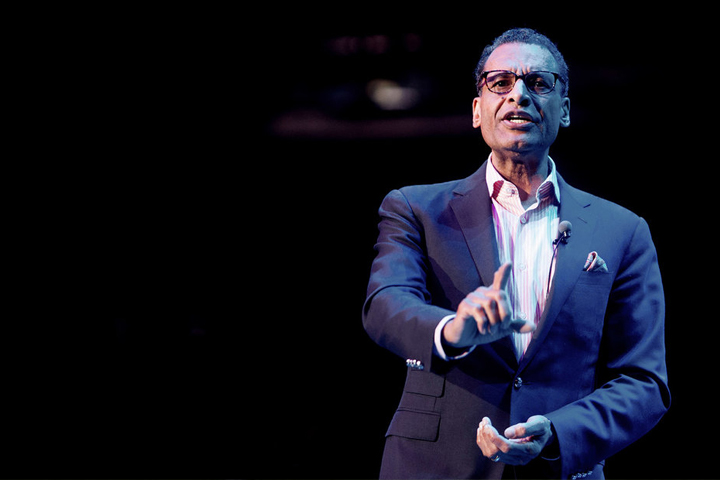 COLORADO SPRINGS, COLO. — A.R. Bernard, spiritual leader of the Christian Cultural Center in New York City, has joined the pastoral advisory board of Promise Keepers (PK). Founded in 1990 by former University of Colorado football coach Bill McCartney, PK is calling men back to courageous and bold servant leadership by sparking a movement that will mobilize millions of men to follow Christ into today’s broken world as changemakers for their families, churches and communities.

A.R. Bernard is the spiritual leader of the Christian Cultural Center, a church in Brooklyn with over 37,000 members. Bernard has been named the #1 religious leader in New York by The New York Daily News. He is a member of the board of directors of the New York City Economic Development Corporation. He is the author of the bestselling book Four Things Women Want from a Man. The New York Times described him as “The Power Pastor,” noting that “The reverend’s intellectualism and distinctive brand of man-up Christianity draws a wide audience to his church, the largest in New York.”

Bernard had this to say about Promise Keepers:

“Being a responsible male in modern America is a full-time job and a tough one at that. Never before in the history of humankind have distractions been so plentiful and temptations so prevalent. Even well-intentioned men can become caught up in seemingly “harmless” behaviors that can quickly turn destructive.” Promise Keepers is not only calling men to man up; it’s providing the resources and relationships to empower men to live for Christ.”

“A.R. Bernard has built a strong congregation of godly men by focusing on the four things God wants most from them: maturity, decisiveness, consistency and strength. As part of our board, he’ll help Promise Keepers to equip and inspire men to stand strong and stay focused on what matters most in light of eternity.”

Founded in 1990 by Coach Bill McCartney, Promise Keepers is one of the most significant movements of God in the history of the church. In 1997 alone, Promise Keepers packed 22 NFL stadiums and gathered 1 million men for Stand in the Gap: A Sacred Assembly of Men at the National Mall in the District of Columbia.

On July 16-17, 2021, 80,000 men are expected to gather from across America and around the world at AT&T Stadium in Arlington, Texas, home of the Dallas Cowboys, for its annual stadium event.

The organization’s mission is to empower men to live out their God-given identity and purpose today and destiny tomorrow by serving their homes, workplaces and communities with integrity and influence.