In ‘On the Edge with Ken Harrison,’ The Real-Life Indiana Jones, Bob Cornuke, Shares His Adventures of Biblical Archaeology and The Upcoming Hollywood Film That Portrays His LifePK Manager2021-02-04T15:37:11+00:00 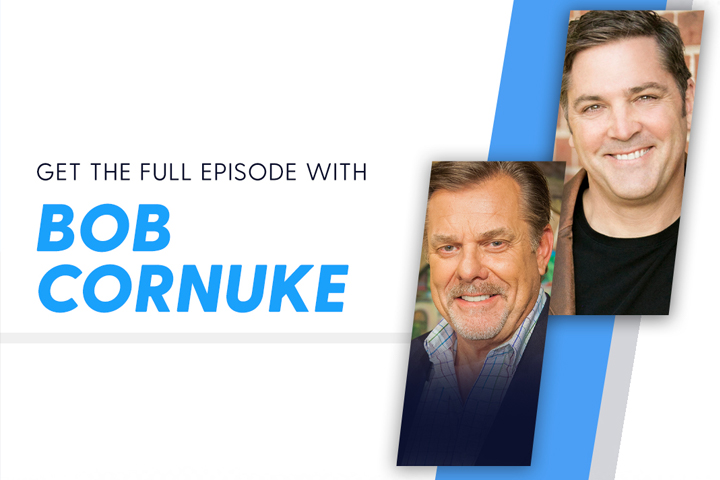 COLORADO SPRINGS — Ken Harrison is joined by Biblical investigator, international explorer, and bestselling author Bob Cornuke on the latest episode of “On the Edge with Ken Harrison.” Together they discuss different interpretations of Biblical word, Cornuke’s daughter’s diagnosis of Lyme’s disease, and the power behind showing an absent father mercy.

Highlights of Cornuke’s interview in the podcast include:

His daughter, Shannon, was diagnosed with Lyme’s disease after a tick bite in Louisiana.
“My daughter, Shannon, spoke at a church where we had to literally carry her up on stage and she said, ‘I wouldn’t give this up for the world’ and the whole place got quiet. She said, ‘I wouldn’t get rid of this disease for the world because people are calling me and writing to me, and now I’m a witness for them.’ There was a girl that was going to commit suicide, but Shannon talked to her and now she is seeking treatment. She’s going through the treatment with the sick and getting healed because there is hope for those that have Lyme disease. There’s a power of prayer. And there’s also the power of wisdom that God has given people to use their talents and in a great way.”
“My daughter said, ‘If I didn’t have this illness, I wouldn’t have this witness.’ We have to look at things through the right lens of God. Sometimes he puts us through these horrible things so that we can be a witness for him in a more powerful way. My daughter had the wisdom to see that. And there’s a difference between wisdom and knowledge because knowledge is in Matthew 11:25, it says, ‘Oh, father, lord of Heaven on Earth, thank you for hiding the truth for those who think themselves wise and clever and for revealing to the childlike.’ Not the childish, childish is nonsensical. Childlike is when we have total faith, like the faith that your father is going to catch you when you jump off the bunk bed. You just jump. That’s a childlike faith. We need to have a childlike faith in God that whatever happens, for example, whoever gets COVID-19, whoever gets this sickness (Lyme’s disease), or any other thing that happens to them, God has a plan and a purpose – that’s wisdom.”

Cornuke forgave his abusive and absent father, as God forgives us for our wrongdoings.

“I was talking to my dad in the hospital when the doctor said he had two to six months to live from his cancer. He turned white as a ghost, and he asked me why I look for Noah’s Ark and why I study the Bible. Growing up, every other word from my father was a swear word. I have scars on my body and my heart from him getting drunk and smacking me around. I said to him, ‘Dad, you’re either on the ark or off the ark. God tells us we’re either in or out, we’re with him or against him.’ He told me, ‘I’ve had such a bad life. I can’t. I can’t even think about asking God to do that with me. I’m so ashamed of my life.’”

“I said, ‘Dad, we’re all we’re all filthy.’ You know, Ken, if you knew what God knew about me, you wouldn’t have me here in front of this microphone and if I knew what God knew about you, I wouldn’t have come here. We’re all sinners. My dad grabbed my hand and he cried out, ‘Jesus, Jesus’ and he begged for forgiveness. I started crying because of all the scars on my body and my heart and I said, ‘I’ve got to forgive this guy, who am I that Jesus died?’ So he accepts Christ and I have this forgiveness moment with him. And my brother comes and says, ‘What’s going on?’ and I said, ‘Dad just accepted Christ.’ My dad’s face changed with all the tears. He had lines from cigarettes and drinking and they all just went away. His whole face changed. He was born again. The Bible says at that moment that you see Christ in your heart, you’re born again, and you’re on the ark. Then that next night I came home and the phone rang. It was my mother and she said ‘They just put a sheet over your father’s face, he’s dead.’ And I had the biggest smile on my face. Not because he was dead, but because he was alive, he was with Christ for all eternity.”

On differing interpretations of Biblical word:

“There are a lot of people that have differing agendas of the Bible. For instance, scholarship rests on three legs. Scholars want to be published. They want to have prestige and they want to be promoted. If you take any one of those legs, their stool will fall over. In Oregon, there are university professors there that if they say there was a flood, as the Bible tells us, they’re not going to get promoted, they’re not going to get published, and they’re not going to get prestige because 99% or 98% of all scholastic people claim to have a non-Christian fundamental viewpoint. Maybe it’s 96% or so, but it’s a high amount that are secular. So their careers are pretty much over if they start espousing that. Even Christian people teaching in Christian universities today are waffling on scripture being true from start to finish, which I believe it is. I believe the Bible is prophetically, contextually, and historically accurate. I think the Bible is God’s revelation of himself – to man God’s the author. Salvation is the truth without any mixture of errors. I believe the Bible is the supreme standard by which we live. It’s the gold standard in history, the sole source of truth. I’ve never found anything in all my archaeological searches that says the Bible counters this narrative. But, we have to remember to take the narrative with the intent of it’s authors. Over history, there have been individuals who let their agendas dictate what the Bible says.”

Bob Cornuke is a former FBI trained police investigator and SWAT team member. He is best known as a Biblical investigator, international explorer, and bestselling author. He has participated in over seventy international expeditions searching the world for lost locations described in the Bible. Cornuke has appeared on the CBS television special Ancient Secrets of the Bible, NBC’s Dateline, MSNBC, Fox, ABC, History Channel, Good Morning America, CNN, Travel Channel, National Geographic, and Ripley’s Believe It or Not.

Cornuke serves as a special advisor to the National Council on Bible Curriculum for Public Schools, adjunct professor for Louisiana Baptist University, and sits on the Academic Advisory Board for the Koinonia Institute. Cornuke was recommended to be the next US Ambassador to Ethiopia by Dr. Ben Carson. Additionally, he has conducted Bible studies at the White House under Geroge W. Bush.

Cornuke earned his Ph.D. in Bible and Theology from Louisiana Baptist University and is currently president of the Bible Archaeology Search and Exploration Institute located in Colorado Springs, Colorado.