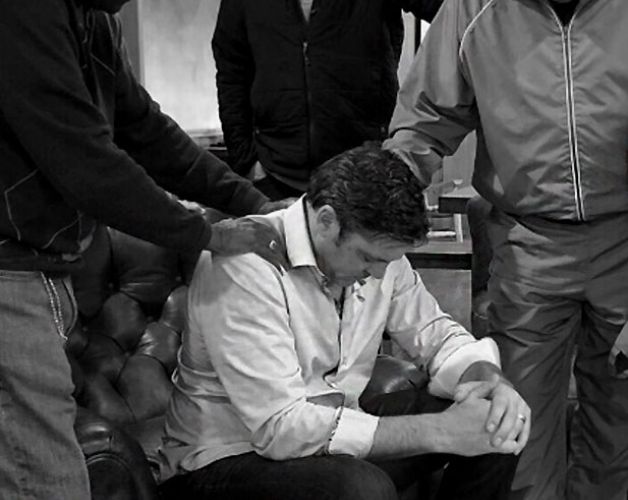 Promise Keepers announces the appointment of their new Chairman of the Board, Ken Harrison. Harrison comes from a successful business background, having built and sold a national real estate company to Colliers International Valuation and then served as CEO of Valuation for five years.

Mr. Harrison is a Colson Fellow and has served on numerous local and national boards, including: FCA, Colorado Uplift, Urban Youth Ministries, Corban University. He also serves as the CEO of WaterStone Foundation, a Christian donor advised fund that gives away over $1 million per week to build God’s Kingdom. An author and corporate speaker, Harrison has appeared on many radio interviews as well as The 700 Club and Turning Point television shows. With a long record of dedicated service to ministry, Harrison leads Bible studies locally and participated in missions trips to Mexico, South Africa, Haiti, and the Philippines. Harrison’s new book, The Rise of the Servant Kings – What the Bible Says About Being a Man, is scheduled for release May 2019, by WaterBrook Multnomah.

Promise Keepers is a Christ-centered nonprofit founded in 1990 by Bill McCartney, then head football coach at the University of Colorado Boulder, and is dedicated to motivating men to influence their world through a relationship with Jesus Christ. Promise Keepers’ most notable event was its Stand in the Gap: A Sacred Assembly of Men open-air gathering at the National Mall in Washington, D.C. on October 4, 1997. Attendance figures have been estimated at close to 1 million people and rank among the biggest gatherings ever in Washington.

Dr. Raleigh Washington, Harrison’s predecessor at Promise Keepers, is retiring after many years of service at the ministry. Dr. Washington served by the side of Coach Bill McCartney from the early days.

As Mr. Harrison takes the reigns of leadership from Dr. Washington, his combination of entrepreneurial success, executive leadership and commitment to men’s ministry will be invaluable in taking Promise Keepers into the next decade. “Promise Keepers is needed more today than ever,” said Harrison, “Men want and need clear teaching on what God says about real masculinity.”