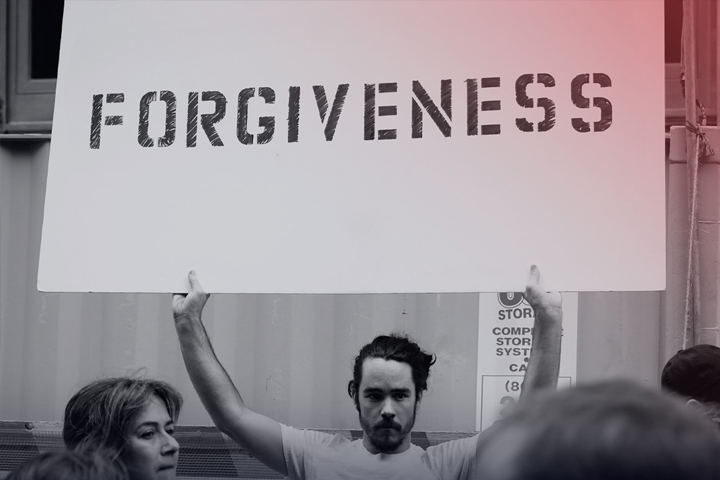 This very day you can see with your own eyes it isn’t true. For the Lord placed you at my mercy back there in the cave. Some of my men told me to kill you, but I spared you. For I said, ‘I will never harm the king—he is the Lord’s anointed one.’ Look, my father, at what I have in my hand. It is a piece of the hem of your robe! I cut it off, but I didn’t kill you. This proves that I am not trying to harm you and that I have not sinned against you, even though you have been hunting for me to kill me.

“May the Lord judge between us. Perhaps the Lord will punish you for what you are trying to do to me, but I will never harm you. As that old proverb says, ‘From evil people come evil deeds.’ So you can be sure I will never harm you. Who is the king of Israel trying to catch anyway? Should he spend his time chasing one who is as worthless as a dead dog or a single flea? May the Lord therefore judge which of us is right and punish the guilty one. He is my advocate, and he will rescue me from your power!”

When David had finished speaking, Saul called back, “Is that really you, my son David?” Then he began to cry. And he said to David, “You are a better man than I am, for you have repaid me good for evil. Yes, you have been amazingly kind to me today, for when the Lord put me in a place where you could have killed me, you didn’t do it. Who else would let his enemy get away when he had him in his power? May the Lord reward you well for the kindness you have shown me today. And now I realize that you are surely going to be king, and that the kingdom of Israel will flourish under your rule. Now swear to me by the Lord that when that happens you will not kill my family and destroy my line of descendants!”

This is one of two opportunities David had to free himself from Saul’s pursuit (see ch. 26 for the other story). In his jealous rage, Saul had tried to kill David many times. David had every right to fight back and to protect his own life, but refused to do it.

David gave two reasons for not retaliating. First, Saul was God’s anointed—David would not harm Saul because God had made him king. Second, judgment belongs to God, and David trusted him to deal with Saul (vv. 12-15). What a model David provides for us to follow when people wrong us! The David who killed Goliath, God’s enemy, refused to harm Saul, God’s anointed. After reading these accounts, read David’s response to Saul’s death in 2 Samuel 1. Then ask God to help you frame a proper response to the next person who treads on your “rights.”

This devotional is an excerpt from the PK Study Bible. For more devotionals and encouraging resources, download the FREE Promise Keepers app. (Download for iOS or for Android.)