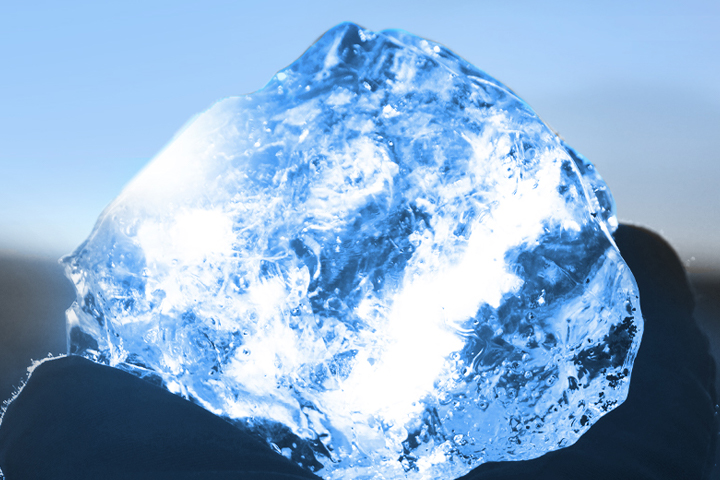 As he was approaching Damascus on this mission, a light from heaven suddenly shone down around him. He fell to the ground and heard a voice saying to him, ‘Saul! Saul! Why are you persecuting me?’

And the voice replied, ‘I am Jesus, the one you are persecuting! Now get up and go into the city, and you will be told what you must do.’

The men with Saul stood speechless, for they heard the sound of someone’s voice but saw no one! Saul picked himself up off the ground, but when he opened his eyes he was blind. So his companions led him by the hand to Damascus. He remained there blind for three days and did not eat or drink.

Now there was a believer in Damascus named Ananias. The Lord spoke to him in a vision, calling, ‘Ananias!’

The Lord said, ‘Go over to Straight Street, to the house of Judas. When you get there, ask for a man from Tarsus named Saul. He is praying to me right now. I have shown him a vision of a man named Ananias coming in and laying hands on him so he can see again.'”

Russell H. Conwell, in a speech entitled, ‘Acres of Diamonds,’ told a story about a Persian farmer named Al Hafed whose ambition reached far beyond the plot of ground he tilled. Although this farmer possessed a productive plot of land and enjoyed great wealth, he dreamed of owning a diamond mine. So one day, he sold his farm, gathered his belongings, and set off on a worldwide search for diamonds. But the drive and determination with which he began his quest faded over the months and years. Eventually Hafed died–dejected, alone, and penniless–in a far-away land. This one-prosperous farmer had thrown away his life in search of an elusive dream.

As Al Hafed searched for diamonds in foreign countries, a man from Al Hafed’s home territory watered a camel in one of the clear pools on his property. In the brightness of the midday sun, he noticed a shimmer in the white sand. What this fortunate man discovered that day turned out to be the backbone of the world’s richest diamond mine, located in the Persian region of Golconda–on the back side of Al Hafed’s old farm.

Like Al Hafed, it’s easy for people to overlook the diamonds that are directly at their feet. And Saul of Tarsus was no exception. Convinced that Jesus was a false Messiah, he rejected the spiritual treasure that Jesus offered. Saul not only refused to consider Jesus’ claims, but he also refused to allow others to look in the right place. He doggedly hunted down Christians and had them thrown in jail. But God had a different plan for Saul. He forced this man to look at the truth. Several points about Saul’s conversion are impressive.

First, after Saul met Jesus, his beliefs about him were radically transformed. He began to see Jesus as the true Messiah, the fulfillment of Jewish prophecy. Before his encounter with Jesus Christ, Saul was sincere and moral and deeply religious—and also deeply wrong. In the burst of light that surrounded him, Saul, the religious zealot, learned he was a sinner in need of a Savior.

Second an obscure Jewish believer had the privilege of helping move Saul along the path to faith in Jesus. Ananias was understandably reluctant to meet with Saul. After all, he had heard about this Jewish zealot’s treatment of Christians. But, in obedience to Jesus, Ananias spoke the words that Saul so desperately needed to hear. In a wonderfully symbolic moment, Saul’s blindness was removed and he received the Holy Spirit.

Finally, Saul’s confession of faith in Jesus was immediate and bold. He wasted no time in telling others that he had been looking for spiritual truth in the wrong places. And when he finally recognized the spiritual treasure that Jesus offered, he didn’t horde what he had found. He shared it with others. If you already know Jesus, contemplate the fact that you’re surrounded by men who are looking for life in the wrong places. Also realize that you are the keeper of an immense spiritual treasure that grows when it’s given away. Like Ananias, be available for God to use you to lead others to his Son. If that idea frightens you, that’s okay. But don’t let your fear control you. Go ahead and tell others what God has done for you. Show them the diamonds at their feet. And the same Lord who prepared the way for Ananias to serve him will prepare the way for you.

This devotional is an excerpt from the PK Study Bible. For more devotionals and encouraging resources, download the FREE Promise Keepers app. (Download for iOS or for Android.)