In ‘On the Edge with Ken Harrison,’ Eric Metaxas Shares the Story of Dietrich Bonhoeffer, A Man Determined to Do the Will of God Radically, Courageously, and Joyfully—Even to the Point of DeathPK Manager2021-05-06T14:09:28+00:00 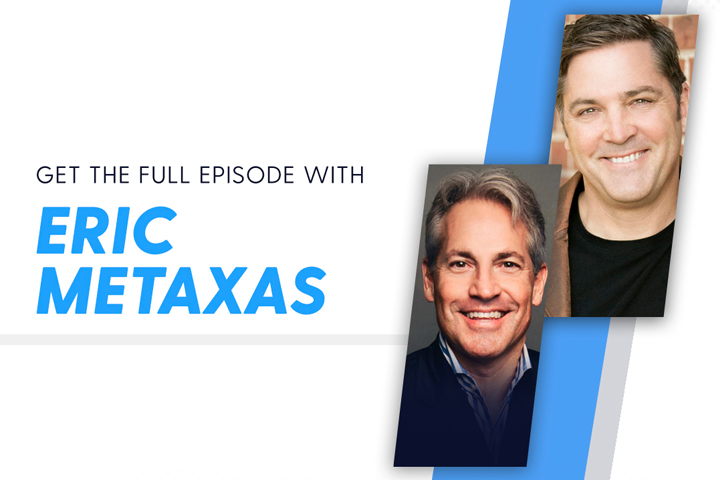 COLORADO SPRINGS — Ken Harrison is joined by New York Times bestselling author, speaker, and radio host Eric Metaxas on the latest episode of “On the Edge with Ken Harrison.” Together they discuss the life story of Dietrich Bonhoeffer, his commitment to justice on behalf of those who faced implacable evil, and how we can apply his courage today.

Highlights of Metaxas’ interview in the podcast include (edited for clarity):

“Bonhoeffer’s life is just so beautiful that when you tell his story people are affected. I was affected by it and I felt like God called me to write prophetically for such a time like we are currently facing. We’re living through similar things that Bonhoeffer lived through as well. Such as, I think people recognize the state is trying to take control of people’s lives and push the church around. When I wrote the book, I had a prophetic sense of that. So, to see it happening right now, I’m not happy about it, but I do see God’s hand that caused me to write that book. There’s no other way for me to see it because I know it was God’s leading in my life.”

Bonhoeffer viewed Christ as an inspiration for his commitment to justice on behalf of those who faced implacable evil:

“In Bonhoeffer, I talk about the people who opposed Hitler, but who were too fussy to get their hands dirty and really oppose him in the way they needed to. This kind of let him rise into power because they didn’t check his rise when they could have. They thought, ‘I’m too good to do that. I’m not going to dirty myself.’ But sometimes we have to do something heroic and a little crazy because the situation calls for it, just like Bonhoeffer. When you’re dealing with real evil, and you’re in the midst of a war of some kind, you have to think about that. What does God want me to do right now?”

“I think we have a lot of people in the church that have gotten a bad idea of theology. They think Christianity means head knowledge and having it is almost like you can worship an idol of perfect theology instead of Jesus. I believe that some people are in this mindset and their goal is not to get dirty. And I think, well, Jesus got real dirty. He came to this scuzzy death-ridden sin-sick planet to die for us. He got dirty. If he really wanted to be holy and untouched, he could just stay in heaven and never touch that. That’s the model. Jesus is our model.”

ERIC METAXAS is the New York Times #1 bestselling author of Martin Luther, If You Can Keep It, Bonhoeffer, Miracles, Seven Women, Seven Men, and Amazing Grace. He has written more than thirty children’s books, including the bestsellers Squanto and the Miracle of Thanksgiving and It’s Time to Sleep, My Love, illustrated by Nancy Tillman. His books have been translated into more than twenty languages.

He is the host of the Eric Metaxas Radio Show, a nationally syndicated radio program heard in more than 120 cities around the U.S.