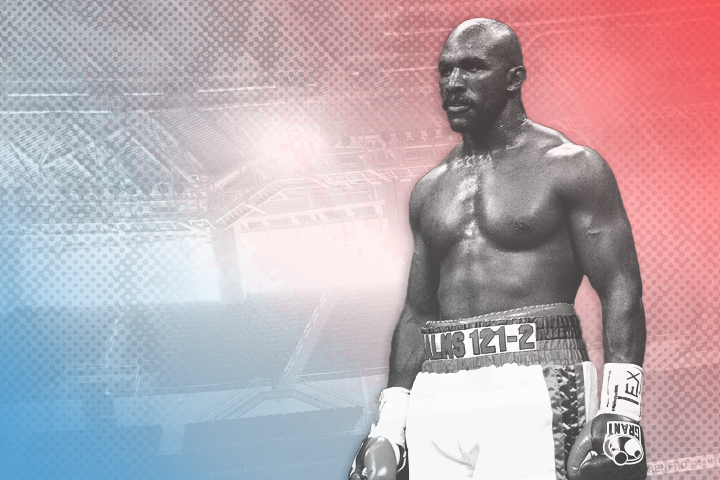 Mention the name Evander Holyfield and the first few things that may come to most people’s minds are: boxing champion, the ear-biting incident with Mike Tyson or maybe even headlines from tabloids that pick apart the four-time heavyweight boxing champion of the world. However, there is far more than what meets the eye when it comes to Evander Holyfield; he is nothing short of “The Real Deal.”

Born in Atmore, Alabama before his family moved and called Atlanta, Georgia home, Holyfield – also nicknamed The Warrior – overcame many obstacles in his life to which he gives all the glory to God. When Christian Headlines asked him why he’s decided to be so outspoken about his faith, Holyfield didn’t have to think twice. He responded, “Because, without Jesus, I wouldn’t be who I am.” Holyfield went on to credit his mother and grandmother for showing him tough love and always encouraging him to call on the name of Jesus. “They (his Grandmother and mother) kept reminding me, ‘you’ve got to ask Jesus to help you,’” he recalled.

His faith in God and having a family that demonstrated the example of relying on Jesus set the foundation in his life that enabled him to not only overcome obstacles and adversity but to stay positive. No matter what obstacles he has encountered – not even his ten losses that he refers to as “setbacks” – Holyfield insists that he tried to stay positive because God should be reflected in his actions. He said, “I have a purpose to represent God and I’ve got to represent him the best way I know how.”

Over the years, Holyfield has shared how his faith in Jesus Christ has never failed him. He wants to share this message with other men to encourage them to be open and truthful about their faith, too. So, Christian Headlines asked him why he believes people should come to Promise Keepers—an Evangelical parachurch organization created for men to encourage one another through fellowship and prayer.

He responded, “Men should come together being able to open up and being able to be truthful … because you have to be truthful to overcome things.” Holyfield says he never gets tired of people asking questions about the infamous ear-biting incident during a boxing match with Mike Tyson. He uses it as an opportunity to share a pertinent part of the Gospel. Simply, “God wants you to forgive.”

He is steady in his conviction that “I wouldn’t be who I am if I hadn’t been through what I’ve been through.”