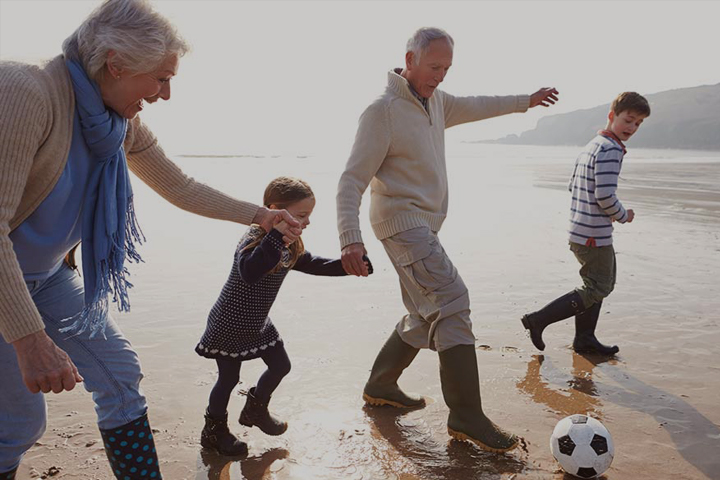 Grandchildren are the crowning glory of the aged. – Prov. 17:6a

We have many beautiful trees in the Inland Northwest. I especially enjoy the cedar. The cedar offers a wonderful metaphor for the Christian life. It grows by dying. As it develops, stately and beautiful, putting forth new boughs and leaves, the old ones drop off so the tree can give strength to the new ones.

In a similar manner, mature Christians live their lives for the growth of others. Our goal in life is to meet a need or spread a seed. And when God calls us home, our legacy of investing in others is what remains and will sustain them.

In our case, our immediate family lives out of the area, so it has been a real pleasure to be adopted as grandparents by families who live nearby. This has given us some time and experience to build and work on our grand-parenting skills.

Sometime ago I was asked to deliver a message at a workshop for retirees. My message on “Strategies for Being an Effective Grandparent” suggested different ways we can better connect with our grandchildren. A few Christian psychologists are touting the importance of the grandparent-grandchild relationships. “The bond between a child and a grandparent is the purest, least psychologically complicated form of human love,” says Dr. Arthur Kornhaber. “Grandparents can offer an emotional safety net when parents falter. They pass on traditions in the form of stories, songs, games, skills, and crafts.” They also can serve as a model of godly character and can demonstrate the importance of grace.

And grandparents have another magical ingredient that parents often lack – TIME. Kornhaber has found that children who are close to at least one grandparent are more emotionally secure than other children; and they have more positive feelings about older people and about the process of aging.

Another great thing about being a grandparent: ya get do-overs! It gives every grandparent a second chance. Perhaps history’s most dramatic illustration of that truth is the story of King Manasseh in 2 Chronicles 33. Manasseh has been called the most wicked man who ever lived, but in his old age he repented and turned to God. The son who succeeded him was also evil, but Manasseh’s grandson, Josiah, became one of the most godly, beloved kings in Jewish history.

By studying the chronology, we learn that the last six years of Manasseh’s life and the first six years of Josiah’s overlapped. And the last six years of Manasseh were his repentant years, his godly years, his years of reform and contrition. It was too late for him to influence his own son, Amon. But it wasn’t too late for Josiah, and we can easily picture the old king spending long hours with his small grandson, telling him, “Now, one day you will be king. Don’t make the mistakes I did. From the beginning, serve the Lord.”

My wife and I find it very hard doing long-distance grandparenting. It is especially difficult when the lives of our children are so busy. They are so absorbed in trying to meet all the demands for ministry and parenting that there isn’t much time left over for them to engage with us by long-distance. Their children, our grandchildren, are also very busy.

It takes extra effort to understand how to utilize some of the younger generation’s communication tools like texting and Skyping. But the effort is worth every minute of your investment. If ever there was a time when the younger generation needed the mentoring and wisdom of more experienced people, it is now.

What kinds of challenges do you encounter in communicating with your grandchildren?

What new ways can you think of to connect with your grandchildren?

What stories can you tell your grandchildren from your life that would encourage them to walk with Christ?

What skills or knowledge could you impart to your grandchildren to help them mature?

What other ways can you demonstrate your love and God’s love to your grandchildren?

What are some ways that you can come alongside your children as they raise your grandchildren?