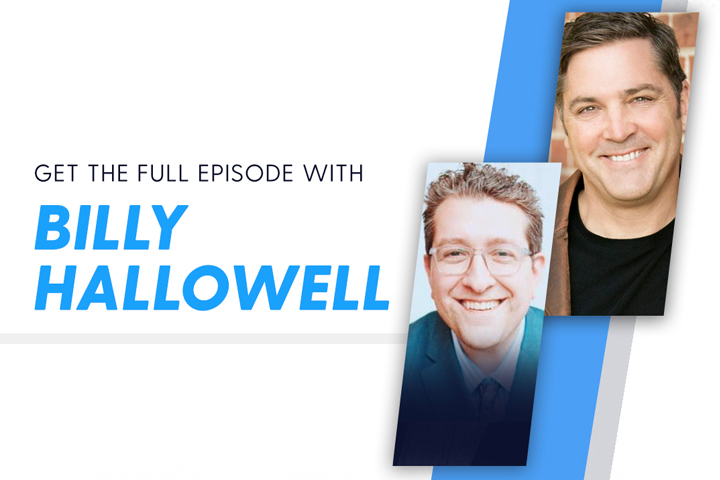 COLORADO SPRINGS — Ken Harrison is joined by journalist, commentator, and digital TV host Billy Hallowell on the latest episode of “On the Edge with Ken Harrison.” Together they discuss pop culture’s obsession with the demonic, what the Bible says about possession, and why American evangelicals feel uncomfortable confronting the issue of demons, even when the Bible tells us their existence is undeniable.

Highlights of Hallowell’s interview in the podcast include:

What is possession and can a Christian be possessed?

“When we talk about full-on possession, it’s similar to what we see in Hollywood. Now, I’m not going to say that Hollywood accurately depicts it, but it’s like what you see in a movie where a person is completely overtaken in a way where their body is being controlled internally by demons. We see this throughout scripture, especially in the New Testament, when Jesus performs healings on people who have been overtaken, as well as the presence of demons that try to kill people.

Possession is rare, but it happens. Oppression is more common. It’s when a type of evil is preying on your life in some way—when evil is present in your life. As I did my research, every single person said that a believer cannot be possessed. But, some said a Christian can be oppressed.”

Breaking down the cultural obsession with the demonic and what it means for the church:

“We know that since the beginning of time, people have claimed to have had demonic experiences and we curiously want to understand it better. There’s a reason Hollywood sells a lot of movies about demonic possession because people are fascinated by it.

It’s fun to be scared and to watch a scary movie about it, but to actually talk it through and then to say if this is real, which we believe it is, what does that mean for culture? What does that mean for our lives? What is the impact of this? These are the important questions that right now the church is trying to figure out what their place is in the chaos.

I did a survey asking church leaders of all types, not just pastors, if they believe in demons and if demons can impact people and culture. The vast majority of responses said yes. But, when we asked the leaders a follow-up question, is your church and/or leadership talking about this enough, the majority said no.

This was really interesting to see. I think we have a real responsibility and a real moment to talk about, not to obsess over these issues, but to talk about them in a healthy way and to start those conversations.”

Is the Ouija board a harmless game or is it something more?

As I was researching the history of the Ouija board, I noticed that it changed hands in the beginning once it was created, but there was a guy, William Fuld, who bought the board and he not only bought the rights to the board, he built a factory. Now, the way the story goes is that he built the factory based on the board, telling him to do so. So he makes this new factory and his obituary in 1929, which you can find in The New York Times, talks about his death. He fell from the top of the factory and died. Now, this doesn’t prove anything about the Ouija board, but there are all of these little crumbs of the history of the board that are very bizarre and verifiable. Today, it’s a tool that people are using to try to do the things that we’re told not to do in scripture, so at its very baseline, it’s something that we should avoid.”