In ‘On the Edge with Ken Harrison,’ James Robison Shares His Story of Overcoming Fatherlessness and How He Became a Sought-after Televangelist Who Shares God’s Vision for His ChurchPK Manager2021-02-12T19:15:47+00:00 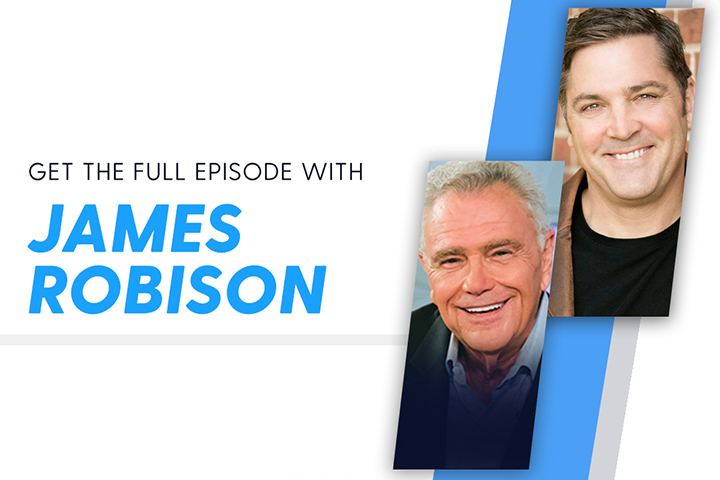 COLORADO SPRINGS — Ken Harrison is joined by powerhouse evangelist James Robison on the latest episode of “On the Edge with Ken Harrison.” Together they discuss Robison’s story of overcoming fatherlessness, the religious and political divide among Christians, and how the divide can be unified through the people’s embrace of Biblical principles, not political candidates or parties.

Highlights of Robison’s interview in the podcast include:

“I think one of the things that we all agree on is that fatherlessness is one of the things that’s driving today’s dismissal of Biblical principles. You kind of have the ultimate fatherlessness story. You were conceived in rape and you almost shot your dad, at 12 years old, with your new hunting rifle when he came back to exploit your mother. Tell us how you became the guy who’s selling out football stadiums and having 60,000 people come to watch you as a very young man. How do you go from no dad to being so useful in the kingdom of God?”

“I was living with a pastor and his wife when God called me to preach. They certainly made beautiful deposits in my life. I think somehow God had a plan for me from the time I was born. My father, God, really did adopt me and I began to get to know him. As I did, I got to know his heart and I began to share it effectively. If you’ve seen ‘God’s Not Dead’, I had that same effect in two different universities. I was a freshman speaking to the whole student body – it had never happened before. I mean, God just used somebody who fell in love with Jesus and loved the people he died for. I understood the heart of our father. God blesses everything that we do because as imperfect as I might have been and we all are, what I really wanted was his will.”

“How do Christians take leadership, when a lot of us feel like there are two sides? There’s division among us – the Christians who voted for President Joe Biden and the other side who voted for Donald Trump. As we see the current administration opening the doors for abortion, transgenderdism, and homosexuality – how do we, as Christians, behave?”

“We know that if people are defending something that is totally against freedom, against God’s word, and against principles, that we know aren’t only biblically, but historically confirmed, that the violation of these principles brings consequences that are undeniable and so often catastrophic. So, we keep pointing to the importance of this principle. You don’t make fun of somebody who says have same-sex attraction. You don’t make fun of somebody who can’t seem to control their appetite. You don’t make fun of somebody that has a battle with lust. You don’t make fun of people who are weak or defeated. You keep trying to show them, here’s what God says is best. Here’s what God chose as right. You’re never going to help a person overcome an out of control appetite or gluttony by making fun of them. You’ve got to be their best friend because they’re not necessarily evil – something has a grip on them. Everybody is distracted by evil. Nearly everyone is too often defeated by evil, but not everyone is dedicated and sold out to evil. Once you get deceived to the point that you buy the lie and begin to promote the lie, you are then changing God’s truth into a lie. You will redefine gender. You will redefine marriage. You will redefine sex. You will redefine the basic moral practices.”

What does unity in our church and, consequently, our nation look like when Biblical principles are at the forefront and not political candidates or parties?

“I don’t endorse candidates, parties or any particular person’s point of view. I endorse the principles that are confirmed historically and that are 100% in line with biblical truth. The church is the only influence on this earth that can lead all these people who really want the best… If the church will stand up suited up in Jesus, every member will come together in supernatural unity. His glory, his grace, his mercy, his power, and his principles will not fail us when they are in place, including the forgiveness that he freely offers, the restoration he offers, and the direction he offers. He will open our blind eyes and give us vision and clarity to his fruitfulness and blessings beyond measure. Then we will become the shining city on a hill that’s impossible to hide and I’m telling you, that’s the invitation he’s giving us today.”

Since entering public ministry in the 1960s, James Robison has spoken to more than 20 million people in several hundred city-wide evangelistic outreaches and has personally inspired religious, political and social leaders across five decades.

He is the founder and president of LIFE Outreach International, a Christian, faith-based organization committed to expressing God’s love in both word and deed through television ministry, evangelistic outreaches, LIFE Centers, feeding programs, water well drilling, disaster relief and other mission projects. He co-hosts the daily television program LIFE Today with his wife, Betty. He also serves as the founder and publisher of The Stream, a website launched in January 2015 that contains breaking news, commentary, inspiration and cultural analysis for people of faith.