In ‘On the Edge with Ken Harrison,’ Former U.S. Navy SEAL Jeff Bramstedt Shares How His Walk with Christ Inspired Him to Donate a Portion of His Liver to Someone He Had Never MetPK Manager2021-04-15T18:35:38+00:00 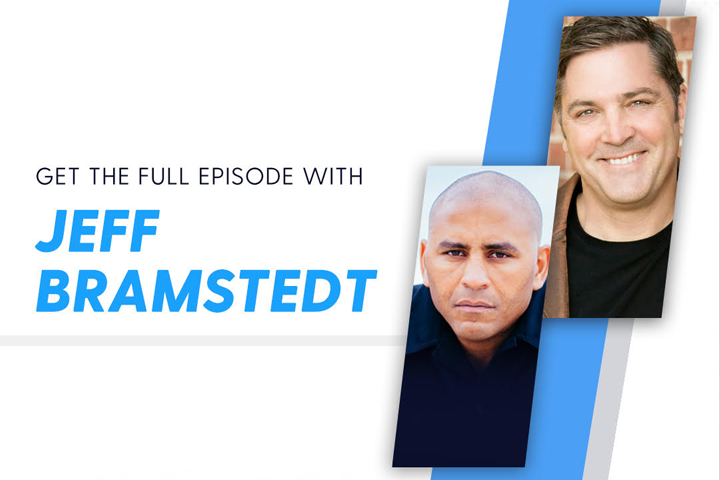 COLORADO SPRINGS — Ken Harrison is joined by former U.S. Navy SEAL and Founder of Life of Valor, Jeff Bramstedt, on the latest episode of “On the Edge with Ken Harrison.” Together they discuss what it takes to become a U.S. Navy SEAL, surrounding yourself with people whose strengths are your weaknesses, and Bramstedt’s story of donating a portion of his liver out of Christian love for someone he had never met.

Highlights of Bramstedt’s interview in the podcast include (edited for clarity):

Becoming a U.S. Navy SEAL and practicing the legacy of excellence:

“I would say to anybody who wants to become a SEAL, understand that your body is ten times more capable than your brain tells it that it is. When you become tired, and your muscles and your body are saying ‘I’m exhausted. I need rest.’ know that you can still keep going. In training, you’re going to be pushed to the edge of your capabilities and who you have always known yourself to be physically.

Once you are launched off the ledge of your limitations, you will realize that you didn’t fail and you didn’t fall down. Not only are you still on your feet, but you will have a whole set of new limits—this is what the training is all about, pushing you past your limits and coming through the other side. You will be able to do more than you ever thought possible.”

“When you become a SEAL, everything is done in excellence. From what you say, to the way you treat your teammates and boat crew—don’t let anything come out of your mouth that’s discouraging and always be there for somebody. Take care of somebody else before you take care of yourself because it’s just as much a team sport as it is an individual sport.”

Leadership and surrounding yourself with people whose strengths are your weaknesses:

“I think there are two kinds of leaders that are out there, the kind that are born and the kind that are created, mentored. Take someone who is a born leader and they’re not mentored, they can be kind of the bossy guy. Take someone who learned how to be a great leader because they were a great follower, they’re going to be a really good leader. Then, take a born leader who was teachable and a great follower, he’s going to be an amazing leader.

But, how great of a leader is someone if you were to ask the people that follow them? You will get a much different answer than from the leader who has their own view of themselves. So when we look at the distorted mirror of our leadership, it can be easy to think ‘I’m awesome at this.’, but this can be dishonest because we tend not to think about our weaknesses.

I looked inward at my own weaknesses and started to focus on them because I knew what my strengths were. After a long time of focusing on my weaknesses, I started thinking ‘What if I surround myself with the people whose strengths are my weaknesses and I keep those guys close to me?’ It changed the game for me, my growth, and my leadership. I’ve been doing this for close to a decade because it is important to surround yourself with these individuals, as well as those who are not going to say yes to everything.”

Bramstedt’s story of donating a portion of his liver out of Christian love for someone he had never met:

When I heard about Melinda’s story, I immediately said yes because it wasn’t okay that there was a man that was going to lose his wife and there was nothing he could do about it. So, I stood up in his shoes for his wife. Early on, I thought about what would it be like if I was in the position where my wife needed something and there was nothing I could do because maybe our blood types weren’t the same, or maybe I had something that would get in the way of me having to be who I needed to be for her. It would have destroyed me and changed me as a human being, husband, and father. When I met Melinda, I said, ‘I’m not doing this for you so much. No offense, I’m just doing it for him because I can’t imagine what it would feel like as a husband with your wife in this situation.’”