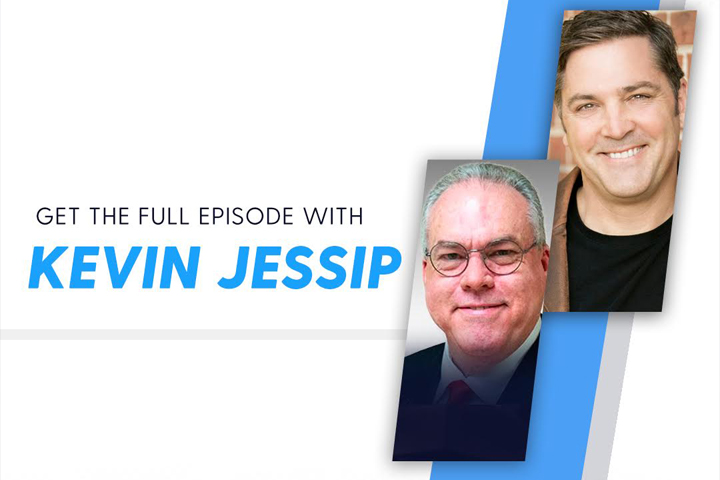 “We have to awaken the church in America. We’ve got to interject the Word of God back into our national dialogue. We owe it to the next generation to lead them into an encounter with the Holy Spirit in such a powerful way that they hunger and thirst for the things of righteousness and truth again.” – Kevin Jessip

COLORADO SPRINGS — Ken Harrison is joined by Kevin Jessip on the latest episode of “On the Edge with Ken Harrison.” Together they discuss the success of The Return, America’s destined revival, and God’s sacred plan for those that have been tested, tried, and found true.

Highlights of Jessip’s interview in the podcast include (edited for clarity):

The Return grasped the hearts of 50 million people worldwide in 183 nations:

“On September 26th, 2020, we held The Return at the National Mall with about 250,000 people who came. I call them the remnant because they came as the remnant bride to do one thing, and that was to repent before the Lord for where this nation is asking for mercy in the midst of judgment. We broadcasted live around the world to 183 nations and 50 million people in 90 languages in real-time. It was a movement heard around the world that in fact, I was told it was the largest broadcast ever in Christendom. We had the favor of God because everybody intuitively knows that we’re at that place in time where many people who are in their prayer closets are hearing the voice of the Holy Spirit. They know the signs of the times. There are so many people around the world that were (and are) just intuitively waiting for the left shoe to drop. We believed it was time to come and have a solemn, sacred assembly before the Lord, asking him, and begging him for mercy in the midst of the judgment.”

“I believe we are in judgment right now to a certain degree, and it may increase. It’s imperative that we prepare and know where we are in the season. I think God is doing three things right now. I think that he is cleansing his temple like he did the first time he came. We are witnessing a separation going on inside the church. Secondly, he’s allowing his bride to enter into the full measure of rest. In the days of the Israelites, to the prophets, to the judges, even into the New Testament and Hebrews it says there is yet a rest to be entered into. And God’s always wanted his people to enter into the rest. This is a time where God’s doing it. For us to be able to enter into the rest means that we are resting in the finished work of the cross in what he did, he finished it all. He won. Thirdly, he’s raising up people with a backbone of steel. They have no fear of man, no fear of death, and no fear of anything because of the faith that is being risen up with the spirit of Elijah. We’re about to see the greatest revival ever, the greatest awakening ever. I believe God, in the midst of the darkest storm, will rise above it. God is not about to let America’s days be over. We’re just getting started.”

God’s sacred plan for those who have been tested, tried, and found true:

“God is culminating the experiences of people’s lives down for the closure or what we call the consummation before his return. God is preparing his bride. Sometimes I think we failed in evangelizing the world. Right now we’re at a time where God’s going to evangelize them. He’s going to reveal himself and people are going to know this is a movement of God. The awakening that’s coming is a sovereign move of God. We can’t evangelize them like the great awakenings of all God. He is going to do it himself, but he’s going to use people that have been tested, tried, and found true. So, as we see America crashing and drowning it’s those of us who’ve been processed and refined that are going to be the anchor in the storm. We’re going to run across people who are looking for the piece that we have that God’s given us because we’ve been tested. The greatest thing you can do is surrender under the Lord and supernaturally, he’ll pull you out of that bit and he’ll lead you in the way of Christ.”

REV. KEVIN JESSIP is Co-Chair of The Return, President of “Global Strategic Alliance”, and an advisor to national and global leaders within the business, political, and faith communities. After years as an executive for one of the world’s largest publicly traded companies, Kevin was called into a deeper ministry, where he began as a youth evangelist over 40 years ago. Kevin has used his business experience as an executive and a visionary, for founding, developing, and funding ministries, and faith-based outreaches. Kevin has long carried the burden for a sacred assembly for the sake of restoration and is a dedicated leader for “National and Global Repentance”. This is a cry for our nation and the nations, to turn to God. Working closely with many faith leaders and the current administration, Kevin carries a burden for America and the nations to return to the foundation from which they were birthed. Kevin has worked to create a platform that involves governments, elected officials, community organizers, organizations, business leaders, pastors, rabbis, churches, synagogues, and other concerned citizens who are seeking like-minded transformation worldwide.