In ‘On the Edge with Ken Harrison,’ Former San Diego Charger, Pastor Miles McPherson Shares His Perspective on Race and How it Has Helped Him Minister to His Diverse MegachurchPK Manager2021-04-15T18:36:48+00:00 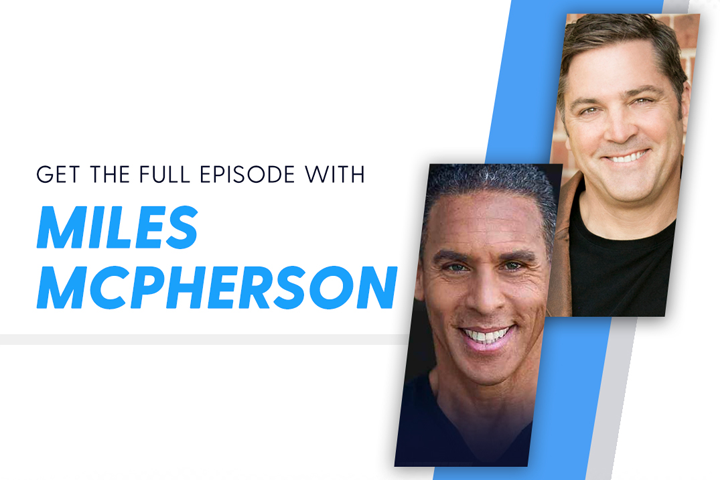 COLORADO SPRINGS — Ken Harrison is joined by former San Diego Charger, author, and pastor Miles McPherson on the latest episode of “On the Edge with Ken Harrison.” Together they discuss McPherson’s unique perspective on race, how to successfully build a diverse megachurch, and how to be humble and see people in the image of God.

Highlights of McPherson’s interview in the podcast include (edited for clarity):

Harrison: “In this episode, we’re going to talk about race and I know a lot of guys just thought, ‘Harrison, you’re doing race again?’, but I believe you have some unique perspectives on race that I think are really going to help change the conversation. You’ve written this awesome book, The Third Option, so tell us about your perspective on the race conversation. What is your take on it that’s completely different from what we’re currently hearing?”

McPherson: “Well, first I will give you my background because it’s important for context and to know the definition of words. I have a white grandmother, half black Chinese grandmother, and two black grandfathers so I grew up in a pretty diverse family. I lived in a black neighborhood, where I was considered too light-skinned and not black enough, and attended school in a white neighborhood where I was called the N-word constantly and in front of teachers.

When I got a chance to enter the discussion and write a book, I wanted to write something that would bring people together, but not deny the reality of race because I had lived it.

I think in our culture, we have a problem that is seen as an ‘us versus them’. In this culture, you have people saying that my truth is better than your truth and that’s the conflict. The division we experience is an ‘us versus them’ mentality. In today’s culture, Defund The Police, Black Lives Matter, etc, whatever side of the issue you’re on, there are people who see it as in order for me to be right, you have to be wrong. So, we continue to argue about who’s right over the other person and everybody has their justification from their experience because we only see things from our perspective. It’s causing major division in the world. I wanted to bring about a third option where we honor what we have in common because we all have more similarities than differences. When we have relationships with people based on things we have in common, if we start there, then we can see our differences as often variations of the same thing. If we begin to focus on wanting to know the other side better, as well as their perspective, we can begin to honor what we have in common. This is the third option.”

Harrison: “You have a multi-racial and multi-ethnic church in San Diego, which is an area that most people don’t realize is a pretty conservative city in a really liberal state. San Diego has its weird dichotomies. What are the things that you’ve learned about the church and running a church in this kind of an area?”

McPherson: “Yes, San Diego is very diverse. Our church has been diverse since day one. First, I think the important thing to know, for pastors who are trying to minister to a diverse community, is that having people in your room that don’t look like you doesn’t automatically translate to you having a diverse ministry.

Second, when you have people in your church coming from all different political places and different socioeconomic places, your job is to unite them and bring them to Christ. God brings together people of different backgrounds and experiences and I think it is necessary for pastors to be aware and respectful no matter a person’s circumstances. We have to remember we are all made in the image of God. Anyone should be able to go to a church where no one looks like them and be welcomed and loved.”