In ‘On the Edge with Ken Harrison,’ John Stonestreet Talks About the Growing Divide in America and the Importance of Christian Men to Remain Unwavering In Their Biblical ValuesPK Manager2020-11-05T21:33:01+00:00 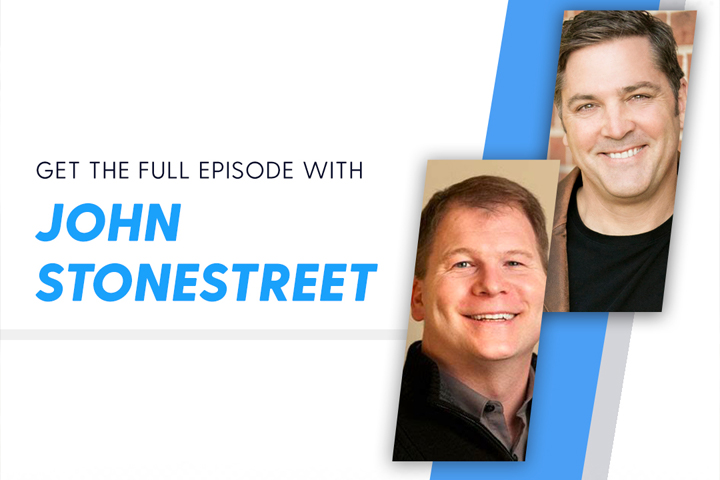 COLORADO SPRINGS Ken Harrison, CEO of WaterStone and volunteer chairman of Promise Keepers, explores issues of critical theory, the “nonessential” church and the necessity of mentoring the next generation of Christian men on the latest podcast of “On the Edge with Ken Harrison.”

The podcast, available in both audio and video form, can be found on Apple, YouTube and all top podcast platforms. Podcast listeners can also receive a challenging weekly devotional that will inspire them to put their faith into action.

John Stonestreet serves as president of the Colson Center for Christian Worldview. He’s a sought-after author and speaker on areas of faith and culture, theology, worldview, education, and apologetics. John is the daily voice of BreakPoint, the nationally syndicated commentary on the culture founded by the late Chuck Colson. He is also the voice of the Point, a daily one-minute feature on worldview, apologetics, and cultural issues.

Highlights of Stonestreet’s interview in the podcast include:

Defining critical theory
“Critical theory puts forward a story of the world based on power and balance. There are some that have power and there are some that don’t —and when you have power, you always oppress those that don’t. One of the problems with this theory is that it gives moral authority to oppress those that are identified as oppressed groups.”

“If we think that the entire transaction of Christianity is ‘I’m a sinner and I am now forgiven’ without any followup, then we completely decontextualize salvation from the larger story of the Bible, which is God creates this world and God raises up in Christ a new creation to help him in this process of making all things new.”

MEDIA NOTE: Please email [email protected] to schedule an interview with WaterStone CEO Ken Harrison or any of his guests.