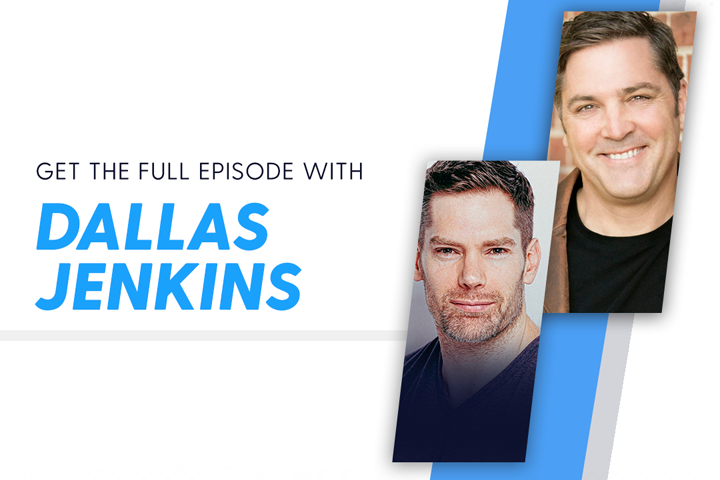 It wasn’t until his feature-length film bombed at the box office that he stopped caring what Hollywood thought—and began working on a project that would touch millions.

For more than 20 years, Dallas Jenkins worked to make it in the film industry. But it wasn’t until his feature-length film bombed at the box office that he stopped caring what Hollywood thought—and began working on a project that would touch millions. Dallas is the director and producer of “The Chosen,” the acclaimed series on the life of Jesus and most successful media crowdfund project to date. “The Chosen” has been watched by tens of millions of people across the world and endorsed by leaders like Kirk Cousins, Pastor Sam Rodriguez, Anne Graham Lotz, and Joni Eareckson Tada.

In this episode, Dallas and Ken discuss how so often God allows us to walk a path of failure before showing us His grace and His plan. Listen in for a conversation on keeping the first things first and the vision for “The Chosen” into the future.

Never miss another episode! Subscribe to “On the Edge with Ken Harrison” today. The podcast, available in both audio and video form, can be found on Apple, Spotify, and YouTube.