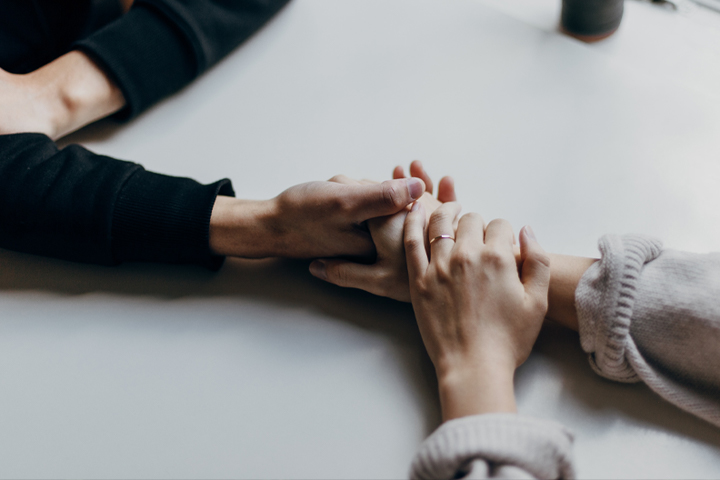 I know from personal experience that it’s not true when people say there are some traumas that marriages do not overcome. But it’s a theory that gets kicked around a lot. My wife Sherri and I have been married for 25 years. We have five children—one daughter and four sons. Our youngest is William Brawner Burgess, who we’ve always called Brawner.

In 2008, I was speaking at a conference in Tennessee to a group of about 7,000 young people. I had been a follower of Christ for twelve years. In our pre-marriage counseling, Sherri and I had repented of our sins and become followers. At the time, I was learning how to take my faith in Christ and implement it into a daily radio show. Everything seemed to be coming together.

That day, between the fourth and fifth sessions, I saw a missed call from Sherri. I called back and she was frantic. Brawner, only two years old, somehow got out of the house, fell into our swimming pool and drowned. At that moment, doctors were trying to revive him, so she asked me to get everyone to pray.

I was a five-hour drive away from home. Even an airplane wouldn’t get me there any quicker than driving, so I just drove. I couldn’t have been more surprised that something like took place. It was unlike anything we had ever experienced. I just had to get to Sherri.

Sherri is a godly woman, a blessing to me. God has used her to make me a better man. She is not a woman who doesn’t know scripture. But in her time of despair, without her husband, watching doctors trying to revive our son, she said words just came out of her mouth, and she heard herself say, “Not my will be done Lord, but your will be done.”

As soon as she said it, the doctor looked at her and said, “We have to stop.” Our child had died, his earthly death. The Psalmist clearly said in Psalms 139 that God knows everything about us. When he weaves us together in our mother’s womb, he knows every day that we will live.

Sherri began to experience the God who is close to the brokenhearted. She said our pastor showed up, family members and friends, all tried to comfort her. But they could not replace having her husband there, the child’s father.

For me, if there was ever a woman that I would have felt would not need her husband at such a time, it would be my wife. I think and wonder about this a lot. What if I had decided not to grow in my faith? What if I had decided not to learn the word of God or be discipled? In that moment when my wife was asking, “Who is God in the middle of this?,” what if I had never taken the time to find those answers? Where would we be now?

Today, we’ve been married for 25 years and our marriage has not just survived, it has thrived. You know why? Because it really isn’t true that the death of a child destroys most marriages. It’s something psychologists came up with, but it isn’t the truth. No great trauma, even the death of an earthly child, destroys a marriage. It only reveals the weakness or the strength of that marriage, and whether or not it’s truly attached to and lives under the authority of Jesus Christ.

Why has our marriage thrived in spite of our devastating loss? Not because Sherri Burgess has some superpower or Rick Burgess has keys to something that isn’t available to you. The reason we’re here today, and thriving, serving and advancing God’s kingdom, and the reason our marriage is stronger than ever is because of Jesus.

John chapter 15 tells us to abide in him so we can produce his fruit, because apart from him, we can do nothing. I encourage you to get your marriage under the authority of Christ, at the foot of the cross. Start with your wife to pursue Jesus. Being the spiritual leader of your home is not an option. Your wife and your family will pay a price if you don’t. If you haven’t devoted yourself to present yourself spotless and blameless and at peace with God, then your marriage might pay a price.

Take the next step to a great marriage by joining me for Promise Keepers’ Men’s Marriage Challenge designed with tons of game-changing marriage content with men in mind. Any man, anywhere, at any time, can join the challenge through the free Promise Keepers app.

###
Rick Burgess has been the co-host of the “Rick and Bubba Show” since 1994, a nationally syndicated radio show which airs to 1.2 million people weekly. Burgess has coauthored multiple New York Times bestselling books that are autobiographical in nature, but his latest release is a 40-day devotional designed to disciple men. How to Be a Man, the Pursuit of Christ-Centered Masculinity is coauthored by Andy Blanks and was released by Iron Hill Press in 2017. Burgess has appeared on various radio and television shows including Fox and Friends and the Sean Hannity Show as a commentator and guest. He is a frequent speaker at church services and youth and marriage conferences, but his true passion is men’s ministry.
Follow him on Twitter and BurgessMinistries.com.