In ‘On the Edge with Ken Harrison,’ Matthew Mattera Shares His Personal Testimony of Overcoming the Extreme Hardship and Adversity of Losing 6 Family Members to SuicidePK Manager2020-12-23T19:34:40+00:00 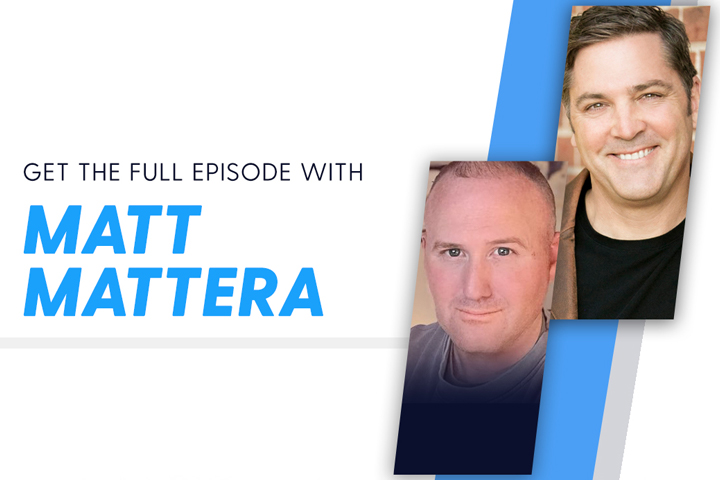 COLORADO SPRINGS — Ken Harrison, CEO of WaterStone and volunteer chairman of Promise Keepers, is joined by Matthew Mattera on the latest podcast of “On the Edge with Ken Harrison.” Together, they discuss the growing suicide rates in youth, how to recognize the signs, and finding strength in God’s plan after a loved one has taken their life. Due to the graphic nature of this episode, the host is issuing a warning for those who may be triggered by the discussion of suicide.

Matthew Mattera joined the Navy in 1998, where he met his wife, Erica, and has over 20 years of experience of continuing military service. His powerful and compelling story is a testimony of overcoming hardships and extreme adversity. When Mattera was only six years old, his dad, Michael, committed suicide; he found him moments after the fatal shot was fired. Since that tragic day, Mattera has endured the death of his little brother from an overdose in 2004, followed by the suicides of four other family members over a span of eight years, including the suicide of his own teenage daughter.

Mattera uses his platform, ChartedLife365, to bring awareness to suicide by sharing his story. As a public speaker, Mattera brings to life how God uses our personal testimonies to preserve, promote, and prosper us through every encounter and action drawn onto the map of our
lives.

Highlights of Mattera’s interview in the podcast include:

Living a life of regret is not fit for the Kingdom

Recognizing the signs and intervening

The components of suicide and holistic healing

NOTE: this interview not only includes Matthew’s powerful story, it also provides valuable insight for parents on contributing factors like the harm caused by social media and the need for parents to take up their authority and intervene in the lives of their children. In addition, we’ve compiled several resources from friends of Promise Keepers that also provide insights and strategies to prevent suicide and heal from loss:
Dealing with the loss of a loved one to suicide: https://newlife.com/new-life-live-december-15-2020/
Help for those contemplating suicide: https://www.familylife.com/articles/topics/life-issues/challenges/mental-and-emotional-issues/help-for-the-suicidal/
Dealing with the loss of a spouse to suicide: https://newlife.com/new-life-live-april-16-2020/

If you or anyone you know is considering suicide, call the National Suicide Prevention Hotline, available 24 hours a day, at 1-800-273-8255 for free, professional, and confidential support and resources.