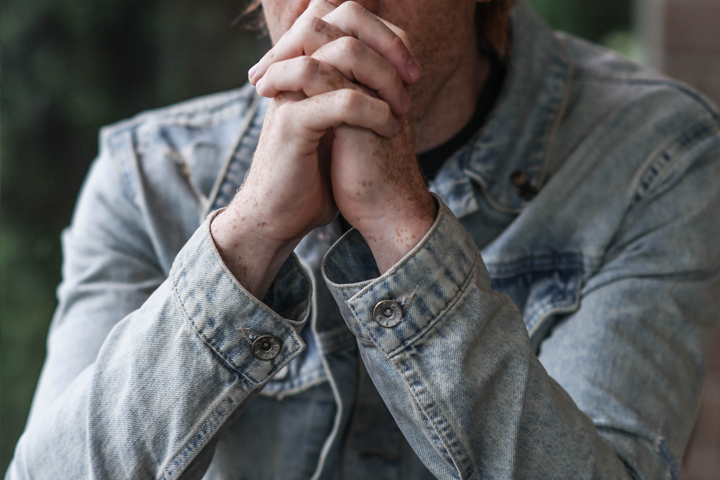 I went to PK in 1999 as a bratty twenty year old agnostic and came out knowing for sure who my maker was.

We were printing instruction manuals for Microsoft MSDN Subscribers back then. It was growing like crazy so a guy named Shawn was sent out to my shop to walk through and make sure that our ISO procedures were in place.

The same morning, I received a package from FedEx and it contained a hard cover King James Study Bible with a note on the inside front cover that read: “John, I know you don’t believe it…but God loves you and wants to have a relationship with you. I’ll always love you.”

It was from my high school girlfriend. I’d recently broken up with her, mostly because she had professed faith in Jesus and hoped I would “make some changes” that included no sex, booze or bad language. Upon opening the Bible and reading the note, I threw it across my office and it hit the far wall and landed open on a table.

I put my head down and kept preparing for Shawn’s visit. At 2:00 sharp, in he walked. He had a big smile and a bigger belly.

“Well hey John! This is going to be easy-peasy. Just a quick walk through and then…what’s this?” He saw the open Bible. “Well, I guess I didn’t realize you were a believer…that should make this even easier than I thought!”

Then he sat down and wanted to talk about Jesus. I faked Christian the best I could but he was relentless. By the end of our time together, he had gotten a commitment from me to have lunch with him each Tuesday for Bible study—”so I can stay in the Word and in fellowship” while I found a church home.

I confessed to Shawn that I didn’t believe during our first lunch. He smiled and assured me he already knew that I was full of something other than the Holy Spirit.

We met each Tuesday and Shawn patiently answered my questions about Jesus by using the Bible. When there weren’t clear answers, he didn’t offer manufactured drivel. He would just explain humbly that some things aren’t buttoned up all nice and neat and that it’s faith that helps bridge the gap.

I didn’t like that answer, but I loved that Shawn was humble enough to be honest rather than use a million words to say nothing.

After 8 weeks he bribed me. He said if I would go to PK with him and his mens group, he would leave me alone if I wanted. And he promised I wouldn’t lose the Microsoft business if I didn’t want to pursue Jesus.

I was secretly excited, but with my usual reservations—primarily that no matter how close I’d gotten in the past to “believing,” I couldn’t reconcile it with the way the different types of “Jesus People” treated one another. Everyone seemed to think they and their little group were the only ones saved by God’s grace. I didn’t know much about much, but I knew for sure that if it were true—the Jesus thing—then he certainly wasn’t sitting up in Heaven with a referee jersey on, calling technical fouls for how deep the baptismal water is.

Those hesitations were obliterated as I saw 50,000 men from 100 different denominations, hand-in-hand praising the same Jesus from the top of their lungs! [At Promise Keepers,] the Gospel was presented simply and powerfully, and believably. The sights and sounds of it all caused my heart welled up with something new, and strong.

Later in the day I was invited to accept Jesus by responding to a classic “altar call.” I didn’t bite, I was concerned that I was getting caught up in emotionalism, so I let the moment pass.

I knew I’d wanted to claim Jesus as Lord, so letting the moment pass made me quiet and withdrawn.

On the way home I didn’t say a word, I just stared out the window hoping Shawn wouldn’t try to help me unpack what I was feeling.

Shawn pulled up in front of my house and said, “Forget the altar call, John. If you want to ask Jesus into your heart, then go in your house and walk into your bedroom and hit your knees and ask him say, ‘Jesus, I’m a mess and now I realize that it’s mostly because I don’t know you. Please forgive my sins and come into my heart. I believe that you lived, and died, and rose again and that you did it for me, I’m yours Jesus!’”

I virtually ran up my driveway and into my bedroom in order to say that very thing and much more…and Jesus has been calling the shots ever since.

I went to church the next day because they told me to about a dozen times at PK.

I didn’t know of a church by me and didn’t want to go with Shawn cuz he was 50! So I just went to the one I could see from the patio of the coffee shop I sat at most everyday.

The pastor from Irvington Baptist Church taught from James that morning and I remember loving how practical it seemed as he read it. We chatted after and get this: Sensing a prompting, he told me about a pastor named Paul and a church named Crossroads that had recently begun meeting at the movie theater in town.

It was awesome. The people were so human and no matter how hard I tried, I couldn’t smell religion at all…just popcorn.

They became my people, my family—my church. Paul became my pastor and my mentor. He still is.

Shawn, the man that came into my office all those years ago, wasn’t setting any records for letting the world know about Jesus. I was the 1st person Shawn ever felt like he “lead” to Jesus. Seeing me come alive in Christ over the next couple years was spiritually invigorating for him and ultimately, he and his wife left their home and jobs and moved to Mexico to do full time missionary work training pastors. They left 15 years ago and they are still there and their ministry is advancing the Gospel in wonderful ways!

I could go on in infinitum, but I’ll stop. 🙂