In the New Podcast, ‘On the Edge with Ken Harrison’ Senator James Lankford Sees Godly Men as Key to Solving America’s Most Pressing ProblemsPK Manager2020-10-17T17:17:09+00:00 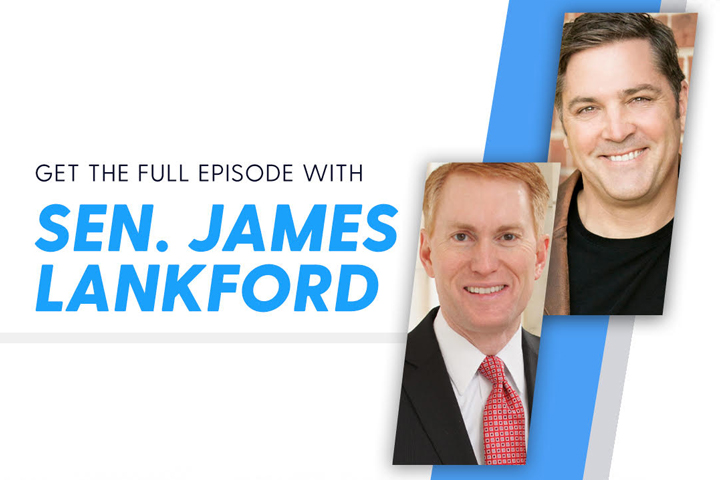 Ken Harrison, CEO of WaterStone and volunteer chairman of Promise Keepers, explores issues of faith, manhood, and the role of government in the latest podcast of “On the Edge with Ken Harrison.”

The podcast, available in both audio and video form, can be found on YouTube and top podcast platforms, including Apple and Spotify. Podcast listeners can also receive a challenging weekly devotional that will inspire them to put their faith into action.

Senator Lankford served four years in the U.S. House of Representatives for central Oklahoma before being overwhelmingly elected to the U.S. Senate in 2014. Before his service in Congress, James served students and families for more than 20 years in ministry, including 15 years as the Director of Student Ministry for the Baptist Convention of Oklahoma and Director of the Falls Creek Youth Camp, the largest youth camp in the United States.

Highlights of Senator Lankford’s insights on the podcast include:

• The Key to Changing Our Nation Is Godly Men

• The Key to Godly Men Is a Vital Faith

“God has an interest in what’s happening in politics. It’s not that we’re a theocracy. We’re not a theocracy. We’re a republic. But it is clear that God, as the Creator, is interested in who’s actually serving in government as well and what their values and what their morals really are and what their priorities are. So for folks that are hesitating and saying, ‘Gosh, politics is such a dirty business. It’s like journalism or Hollywood. It’s such a dirty business. I don’t know if I want to get into it.’ I’ll say to them, ‘What is better? No salt or salt being applied? If you have an interest in getting involved in that, I know it’s hard. I know it’s difficult. Go apply salt to it and see what happens.’”

• I KNOW God Calls People to Government because He Called Me

“It wasn’t like lightning in the clouds. It wasn’t, you know, some message. It wasn’t. ‘Dear James, thou shalt run for Congress.’ It wasn’t anything like that. It was this overwhelming sense of this what I had to do.

“But it was this over and over and over again: ‘This is what “Follow Me” looks like. You told students for years that the calling of God is to “Follow Me and trust God.” Now it’s your turn. You’ve got to do this.