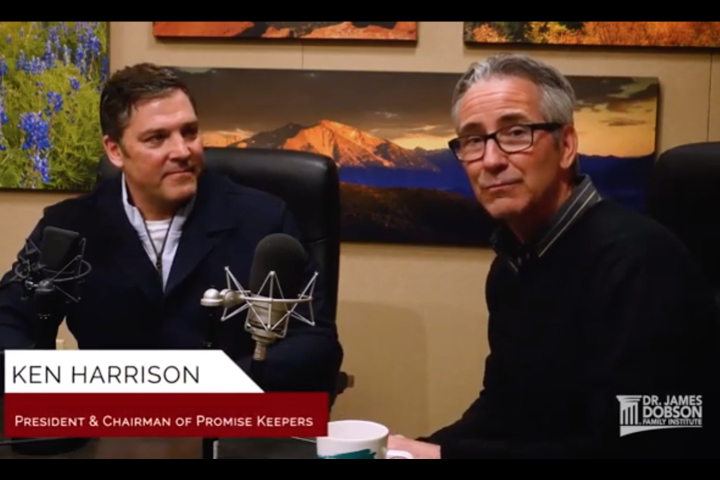 You are an important part of the Promise Keepers family. That’s why I want you to be among the first to know we’ve just announced the location of our next national conference:

On July 31-August 1, 2020, a projected 80,000+ men will join together to raise the roof at the AT&T Stadium in Arlington, Texas, home of the Dallas Cowboys! We will also simulcast the event to a projected 5 million men, spreading the impact far across our nation and the world.

Mark your calendar now. Starting June 1, you and your friends can register for the event at promisekeepers.org for the ability to order tickets before they are released to the public. I’ll share more details in the weeks ahead.

Why Promise Keepers’ next national conference in the Dallas-Ft. Worth area is so important:

Can you imagine what would happen if the men of America stepped forward and truly lived out their responsibilities before God?

Can you imagine the sea change we would witness across our nation?

For too long, society has pushed men to be passive and effeminized. We’re told we’re “toxic.” Men are taught to sit by and do nothing while our families crumble around us. But the Bible has something else to say. “Act like men,” the Apostle Paul said, “be strong” (1 Corinthians 16:13 NASB). (Continue reading below)

That’s why our next event will feature speakers who will preach from the Word of God with power and inspire men to take up their responsibilities as servant kings. Our worship will shake the stadium’s foundations. And we’re planning for our impact to continue long after the event as teams of men rise up to change their communities for Christ.

We need you to be part of this.

First, please join me in praying. Let’s get on our knees and ask God to make this event a catalyst that raises up an army of warriors for Christ who will be leaders in their homes, their churches, and their communities.

Second, join us in Dallas! We need men of all ages, all races, and from all walks of life to be part of this. Because we are stronger together.

Third, get your church to show the simulcast of the event live. You might not be able to make it to Dallas, but you can gather men together to sing the same songs, listen to the same speakers and pray the same prayers with us. Bring your sons, your father, your neighbor and let’s have the men of our nation filling out voices in unison to praise our Lord.

Watch your inbox for more details in the weeks to come. Registration starts at 12:01 am on June 1 at promisekeepers.org. Let’s make this an event to remember.

The event is projected to draw 80,000 men from across the country and around the world, with another 5 million participating via simulcast.

“It’s the difference between analog and digital. Today, our goal is to get men digitally integrated — something that simply wasn’t possible before. Assembling men in the 1990s by the tens and hundreds of thousands had never been done before — but what about after? What about when men leave the stadium and go home? Many things were tried, but it just wasn’t possible to effectively network, encourage and strengthen men at home.”

“Today, we can not only do stadium events, digital integration allows us to provide the full spectrum of men’s ministry: a catalytic event that sparks fellowship, discipleship, and the formation and nurturing of change making teams of men in communities everywhere, working together to impact the core of our culture.”

Ken Harrison went on to discuss the critical need for clarity about what it means to be a good man in a culture increasingly toxic to masculinity:

“Psychologists claim masculinity is toxic. Governments and public schools mandate and proselytize that everyone must select our own gender identity, which can correlate with assigned sex at birth or can differ from it. That there are no right answers when it comes to being a man or a woman. Pop culture icons are lionized for their decision to raise their children gender neutral so they can decide what gender they want to be. And of course, there’s the infamous Gillette commercial, which hit bottom and kept digging. The result, men are fearful, passive and distracted, focusing on sports, Fortnite and porn instead of rising up and leading their families. In this swirling time of confusion, Promise Keepers is raising high the standard of biblical masculinity without apology and rallying men everywhere to join them.”

“One of the most powerful benefits of Promise Keepers is the ability for sons, fathers, and grandfathers to experience the event together. While Baby Boomers remember this with fondness, today’s millennials, who are coming into their own as husbands, fathers and in their careers, long to have the same experience with their own fathers. That’s why tickets for the AT&T Stadium event will reflect a significant discount for intergenerational groups.”

“Instead of having multiple regional events, the new era of Promise Keepers will feature one massive event for the entire country each year that will be simulcast to locations around the world. And because men will be drawn from the entire country, the event will now consist of a session Friday night and Saturday, a concert Saturday night, and an optional day of service Sunday.”

Preregistration for the AT&T Stadium event begins June 1, 2019. Speakers and musicians will be announced in fall 2019. Stay tuned for more information as it is released via emails (like this one) and our Facebook page: www.Facebook.com/PromiseKeepers.