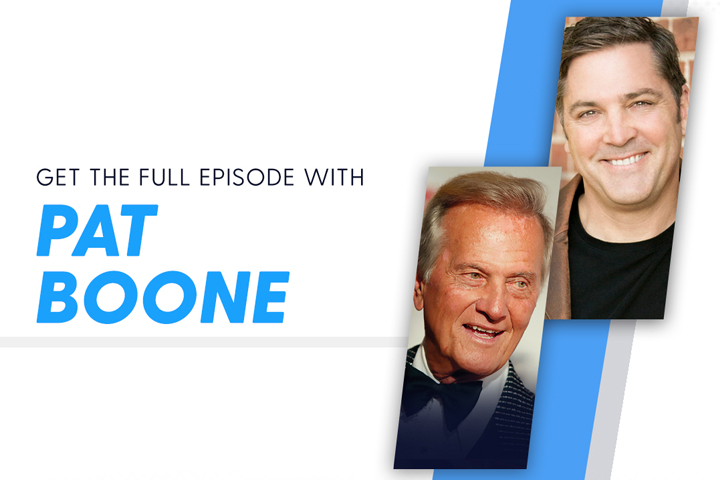 “We’ve got to act like we have something to confront the darkness with because we do, it’s Jesus, the Word, and our own morals. Christians have to resist this behavior, take a stand, and not accept this perversion anymore.” – Pat Boone

COLORADO SPRINGS — Ken Harrison is joined by legendary singer, composer, actor, and writer Pat Boone on the latest episode of “On the Edge with Ken Harrison.” Together they discuss Boone’s rise to fame, his take on the shocking and scandalous performances at the 2021 Grammys, and how Christians can push back on the perversion that is being widely accepted as “culture”.

Highlights of Boone’s interview in the podcast include (edited for clarity):

Harrison: “The recent Grammy Awards stunned me. I knew our country was in bad shape, but when I saw the performance of WAP, I couldn’t comprehend how America had become so depraved and perverse. You’ve been at the top of the entertainment world for so long, when you see something like this, what are your thoughts?”

We’ve let the culture be so dumbed down and corrupted and now we’re giving awards for this type of performance. Unfortunately, so many of the rappers, some of whom actually are Christian people, come out and they’re doing stuff that’s filled with expletives and filthy words, but when they win an award they say, ‘I want to thank my Lord and Savior’ and they’re wearing a cross. I can almost hear Jesus say, ‘Look, I had nothing to do with that. Don’t thank me for that. I had nothing to do whatsoever.’ I mean, it is such a perverse, corrupt thing and it’s being widely accepted as culture.”

Harrison: “What do we do about it as a culture, and more specifically, what should Christians do about it? At what point do we get involved in culture and start to say enough is enough?”

Boone: “Well, first of all, we should turn off the TV. If we have young people at home, we need to let them know that we are not going to watch filth, they can’t watch it. We can also do things that most people don’t think are effective. For example, we can write letters to sponsors letting them know that we don’t agree with what they are portraying on TV. I have done it myself. The bottom line is we’ve got to be more vocal. We have to resist. We are supposed to write songs about being earthen vessels because we are filled with his spirit and living by his word. We’re earthen vessels and we’re supposed to be light. He specifically says ‘You’re the light of the world.’ It is our job to be this light. We’ve got to act like we have something to confront the darkness with because we do, it’s Jesus, the Word and our own morals. We have to take a stand and act like we’re not going to accept this anymore. And we have the power literally. Our God will work with us and he will give us the power. I know because I’ve done it. I and other entertainers have been able to get certain shows kicked off the air because their sponsors quit on them. For the TV networks, social media, etc. we have to let our voices be heard and we’ve got to speak out because if we don’t it is going to keep burying us.”
“On the Edge with Ken Harrison” is a weekly podcast featuring fearless, no-holds-barred conversations from a biblical worldview with the leaders, influencers and changemakers behind today’s news. Harrison shines the light of God’s Word on the toughest, timeliest issues relating to current events, faith, family and fatherhood.

PAT BOONE is a legendary American singer, composer, actor, writer and spokesman. He was a #1 pop singer in the United States during the 1950s and early 1960s. He sold more than 45 million records and had 38 top 40 hits, including 6 number one records, and 13 “million sellers”, or gold records. In addition, Boone appeared in more than 15 Hollywood films. Among his numerous awards and accolades, he has three stars on the Hollywood Walk of Fame.

Along with his Rock ‘n Roll hits, he recorded an abundance of Christian music, and wrote the words to what is considered Israel’s second national anthem, “Exodus.” In 2003, he was inducted into the Gospel Music Hall of Fame.

In his charitable endeavors, Boone has regularly hosted the Easter Seals Telethon to help raise $600 million for children with disabilities. Together with their son-in-law, Pat and Shirley Boone founded Mercy Corps, one of the top ten Christian humanitarian and relief organizations. Boone continues to support many other ministries, including the Salvation Army, Bible for the World, and the Fellowship of Christians and Jews.