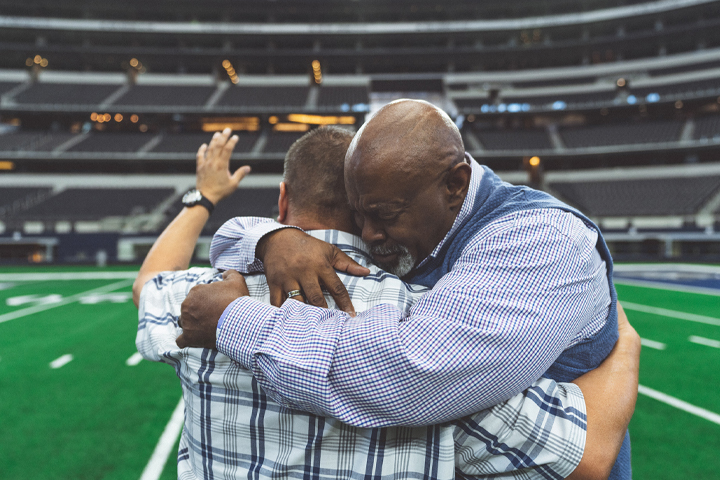 A Promise Keeper is committed to pursuing vital relationships with a few other men, understanding that he needs brothers to help him keep his promises.

“When Job’s three friends, Eliphaz the Temanite, Bildad the Shuhite and Zophar the Naamathite, heard about all the troubles that had come upon him, they set out from their homes and met together by agreement to go and sympathize with him and comfort him. When they saw him from a distance, they could hardly recognize him; they began to weep aloud, and they tore their robes and sprinkled dust on their heads. Then they sat on the ground with him for seven days and seven nights. No one said a word to him, because they saw how great his suffering was.”

Job’s cultivation of friendships like these is a mark of his greatness. Note how these men responded to news of Job’s suffering. When they heard of his trouble, they traveled from their homes to be with him. They wept and mourned with him, and for seven days they just sat on the ground suffering in silence with their friend. These men spoke volumes to Job’s heart without saying a word. Think about what it takes to develop friends who will do that. Think about what it would mean for you to suffer like that with one of your friends. The investment of quality time in a few other men can pay off for all of you in the tough times.

Since our founding in 1990, Promise Keepers has challenged men to keep seven promises. Learn more.