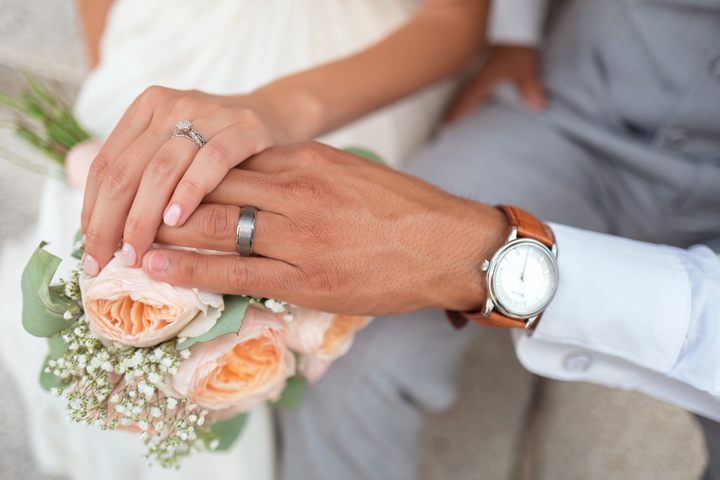 “Now concerning the matters about which you wrote: ‘It is good for a man not to have sexual relations with a woman.’ But because of the temptation to sexual immorality, each man should have his own wife and each woman her own husband. The husband should give to his wife her conjugal rights, and likewise the wife to her husband. For the wife does not have authority over her own body, but the husband does. Likewise the husband does not have authority over his own body, but the wife does. Do not deprive one another, except perhaps by agreement for a limited time, that you may devote yourselves to prayer; but then come together again, so that Satan may not tempt you because of your lack of self-control.

Now as a concession, not a command, I say this.​ ​I wish that all were as I myself am. But each has his own gift from God, one of one kind and one of another.”

Four-year-old Suzi had just heard the story of Snow White and the Seven Dwarfs for the first time. When she got home, she retold the fairy tale with wide-eyed excitement. After telling her dad her Prince Charming had arrived on his beautiful white horse and brought Snow White back to life with a kiss, Suzi asked, ‘And daddy, do you know what happened next?’

‘Yes,’ he said, ‘they lived happily ever after.’

‘No!’ she replied with a frown. ‘They got married.’

In childlike innocence that little girl spoke an in-depth truth without realizing it. Getting married doesn’t necessarily mean the same thing as living happily ever after. Marriages require hard work and devotion in order to be strong. One other important factor in a healthy and happy marriage is commitment to moral purity. In this passage, Paul gives us guidance toward that end. Underlying his instructions is an assumption that the husband and wife are in a committed, exclusive relationship that they look only to each other to meet their needs for intimacy.

First, Paul says, the husband and wife are to meet each other’s sexual needs. Notice how Paul’s instructions exhort the couple to focus attention on the other’s needs, not their own. A man whose sexual appetite is greater than his wife’s might find such instructions a bit unsettling. After all, if he focuses on his wife, his sexual needs might go unmet. The sacrificial nature of the marriage relationship may call for this at times. But Paul’s instructions not to ‘deprive each other’ stand equally for both marriage partners.

Third, a husband and wife need to take time to devote themselves to prayer. Paul lays out the ground rules for this time period: It should be mutually agreed upon. Its focus should be on prayer, not abstinence. It should also be short, so that the increased sexual energy won’t provide Satan the opportunity to tempt either spouse.

The idea of voluntary abstinence from sex within marriage may be new to you. Indeed, you may wonder why Paul would urge couples to periodically abstain from physical intimacy. Many couples find that following Paul’s instructions helps to develop spiritual and emotional intimacy between partners. They see this as an exhortation for married couples to maintain a balance in their lives. They find that the transparency of prayer links them together on a number of levels, helping them find and maintain that delicate balance.

The God-honoring marriage relationship encompasses all aspects of the couple’s lives—physical, emotional, spiritual, intellectual, and so on. Prayer between marriage partners dissolves barriers. It creates emotional intimacy. It strengthens the relationship, and in so doing brings partners closer together on all levels.

Paul’s instructions leave no room for spouses to ignore the needs of their partners. They urge husbands to put their wives’ needs before their own, and vice versa. A couple who demonstrates such sacrificial love will have made a good start on the journey toward living ‘happily ever after.’