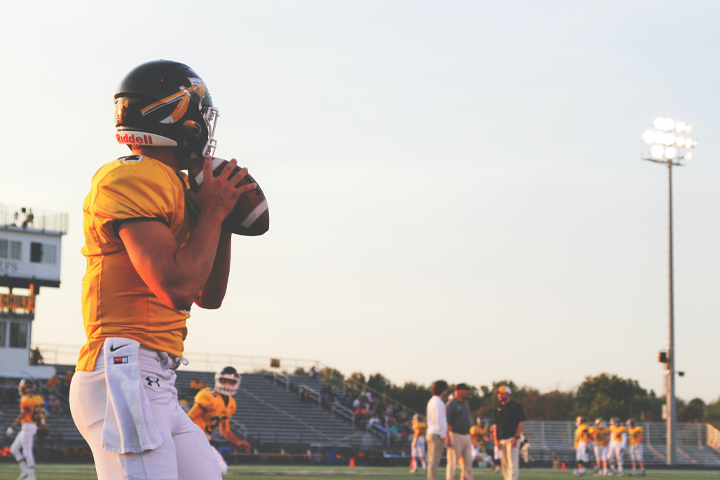 “And they were bringing children to him that he might touch them, and the disciples rebuked them. But when Jesus saw it, he was indignant and said to them, “Let the children come to me; do not hinder them, for to such belongs the kingdom of God. Truly, I say to you, whoever does not receive the kingdom of God like a child shall not enter it.” And he took them in his arms and blessed them, laying his hands on them.”

A number of years ago, University of Southern California football coach John McKay had the privilege of coaching his son, John. During a television interview a reporter commented on the athletic ability of young John. Coach McKay responded in an impressive way. “Yes, I’m pleased that John had a good season last year,” he said. “He does a fine job and I’m proud of him. But I would be just as proud if he never played the game.”

What a statement! McKay’s son knew that he didn’t have to excel on the football field to be loved by his dad. That means that neither a knee injury nor a season on the bench would have made him any less worthy of his dad’s love. And John could look to the future and know that his dad would love him even if he didn’t make it big in the business world. It’s that kind of parental encouragement that motivates young men like John to excel. Parents who provide a nurturing environment instead of a competitive, pressure-packed climate for their children give them the chance to make their parents proud of them for all the right reasons.

One of the most important needs a child has is the need for a father’s approval. If you’re a dad, this means that one of your greatest responsibilities is to pass on to your children an awareness of love, an awareness that each child in your family is important to you. And if you’re not a father, you probably have the chance to influence the younger generation through family, church, work or social responsibilities. Your responsibility, then, is to set the proper example of godliness for those under your influence to follow.

While Jesus wasn’t a father, he understood children, and he realized their need to be blessed. With Jesus is our ultimate example, let’s look at his blessing in this short passage.

The blessing had two aspects. First, it involved verbal affirmation. When Jesus opened his mouth and blessed the children, he spoke words that praised and built them up. Through this we learn that it is not enough for a father to love and appreciate his children from a distance. A father must express his love and affection to make it real to his children.

Second, Jesus’ blessing involved physical affirmation. Notice that Jesus ‘took the children in his arms’ and ‘put his hands on them.’ Jesus could have stood over the children and lectured to them. He could have had them sit at his feet. Instead, he wrapped his arms around them and placed his hands on their heads and shoulders. Jesus knew that nothing communicates love and acceptance like physical touch.

If you’re a dad, rivet that truth in your mind. Even if you’re a ‘hands off’ kind of man, try to discover how you could communicate more through words and through touch as a means of blessing your children. Talk to other men who seem to have a good relationship with their children to find what their method of ‘blessing’ is, and then act on it. If you’re not a dad, reflect on how you could be a blessing to the young people with whom you relate as an uncle, a brother, a church member, or even an employer. God has given us the responsibility of influencing the young people of today for his purposes and for the expansion of his kingdom.