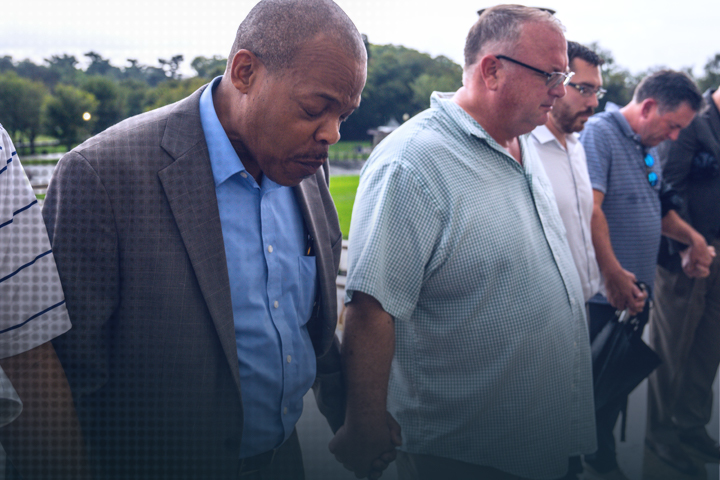 A Promise Keeper is committed to reaching beyond any racial and denominational barriers to demonstrate the power of biblical unity.

How good and pleasant it is when God’s people live together in unity! It is like precious oil poured on the head, running down on the beard, running down on Aaron’s beard, down on the collar of his robe. It is as if the dew of Hermon were falling on Mount Zion. For there the Lord bestows his blessing, even life forevermore. – Psalm 133:1-3

David knew both teamwork and hostility. In his life he made both friends who would have died for him and enemies who would have loved to kill him. As he considered these two extremes, he wrote in this psalm, ‘Unity is good and pleasant.’

The imagery of this poem made a powerful statement to David’s countrymen. Only under David and Solomon did the twelve tribes of Israel dwell in unity. For the rest of their history they bickered and fought as two separate nations. There’s a lesson in the fact that Israel reached her political and religious pinnacle when David and Solomon were her kings. United, the twelve tribes did what they could never have done divided. During those glory years they set the standard for worship and left a legacy that has inspired Jewish people throughout history.

God’s Word states here and in many other places: “It is good and it is pleasant when God’s people dwell together in unity.” Anyone who isolates himself from other believers, regardless of the reason, is disobedient to God’s Word and is crippling his Christian witness. David and other biblical writers teach that reconciliation is not just a good idea, it is God’s will and command.

Join those who work for unity among God’s people. Make on phone call or initiate a conversation today that will build a bridge to someone you might not normally contact. Find out for yourself how ‘good and pleasant’ it is when God’s people dwell together in unity.

This devotional is reprinted from the Promise Keepers Study Bible.