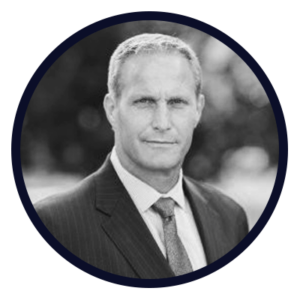 Chad Hennings is a Iowa farm kid who had the opportunity to attend the U.S. Airforce Academy, fly 45 combat missions over Iraq, won three Super Bowl rings as a defensive lineman for the Dallas Cowboys, founded and leads Wingmen Ministries, and, most importantly, prioritizes being a husband and father.

No one is more thrilled to have Hennings’ leadership on the board than Ken Harrison, Chairman of Promise Keepers.

“Chad Hennings isn’t just a football legend,” Harrison said. “He’s a true American hero who set aside personal gain and delayed his NFL career to fight for his country as an A-10 pilot. Chad selflessly serves his family, his church, and his community. His heart for men — and the impact men have on their families — compelled him to start Wingmen Ministries. Chad’s experience in creating ‘cultures of excellence’ is just what we need, and his insight into the power of commitment — keeping promises — is exactly who we aspire to be as Promise Keepers.”

Hennings has lived this message for most of his life and has taken this message across the world at the invitation of some of the most distinguished executive audiences ranging from American Airlines to Bank of America, General Motors to Citigroup, and a host of U.S. Governmental agencies.

Hennings has also been a philanthropic leader in the Dallas/Fort Worth area as a member of the Board of Directors of Christian Community Action, an organization that provides assistance to at-risk families.

He challenges audiences to dare to be excellent and inspires businesses to create cultures of excellence. “People and organizations don’t do great things to become great; great people and organizations do great things,” Hennings asserted. He credits his post-NFL career success to concepts he espouses on striving to live a lifestyle of excellence.As founder of Wingmen Ministries, Hennings equips men to be better husbands, better fathers, and more Christ-like examples. Hennings affirms,

Now more than ever, men need to know what godly masculinity is, commit to it, model it in their sphere of influence, and band together with like-minded men for support and sharpening. Promise Keepers is all about these things, and I’m honored to join them.”

Notably, Hennings has written three books, the latest of which was released in 2015. Forces of Character compiles a series of conversations about reaching potential, being a positive influence, and making a difference for others. The book features a diverse group of subjects, ranging from sports figures Roger Staubach, Troy Aikman, Jason Garrett, and Gregg Popovich to a survivor of the Auschwitz concentration camp, a Space Shuttle commander, and a homelessness expert. Hennings previously authored It Takes Commitment and Rules of Engagement, which were released in 1996 and 2010, respectively.

Chad and his wife, Tammy, have a son, Chase, and a daughter, Brenna. They currently reside in Flower Mound, Texas.