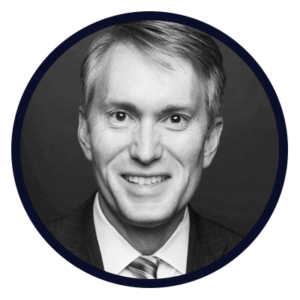 Senator Lankford, who served four years in the U.S. House of Representatives for central Oklahoma, was overwhelmingly elected to the U.S. Senate in 2014. He serves as chairman of the Regulatory Affairs and Federal Management Subcommittee, which covers federal spending, regulatory reform and the federal workforce. He believes that the federal government has an important role in our nation, but empowered families, individual people, and private businesses grow our economy and pass down our values.

Before his service in Congress, James served students and families for more than 20 years in ministry, including 15 years as the Director of Student Ministry for the Baptist Convention of Oklahoma and Director of the Falls Creek Youth Camp, the largest youth camp in the United States, with more than 51,000 individuals attending each summer. Lankford lives in Oklahoma City with his wife, Cindy. They have been married for more than 27 years and have two daughters, Hannah and Jordan. He enjoys spending time with his family, working in his yard, and reading.