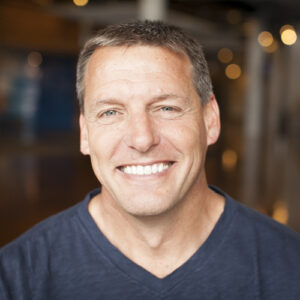 Todd Wagner and a small group of friends established Watermark Community Church in Dallas, Texas in November 1999. Watermark was born out of a desire to connect people with the richness, adventure, and fullness of life that comes through Christ alone and to reach the unchurched, de-churched, dead- churched, and unmoved. Todd serves as Senior Pastor and Elder at Watermark, which has become one of the largest and fastest-growing churches in the United States. Watermark is also home to The Porch, one of the largest ministries to young adults in the country, as well as the Church Leaders Conference, which exists to encourage and challenge other leaders and faith communities with God’s vision for His Church.

Under Todd’s leadership, Watermark has been recognized as one of the top two “Best Places to Work” in Dallas-Fort Worth by The Dallas Morning News for the past seven years. Out of conviction, Watermark has operated debt free since its inception.

Todd’s first published book, Come and See: Everything You Ever Wanted in the One Place You Would Never Look, was released in October 2017. He has been a keynote speaker at national and international leadership conferences and a guest contributor to The Dallas Morning News and other media outlets. His weekly video podcast, “Real Truth Real Quick” reaches tens of thousands of people each month.

Todd and his wife, Alex, alongside their six children and grandchild, love to live, laugh, and serve together in Dallas, Texas.