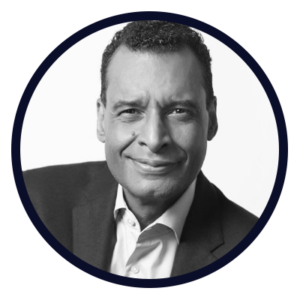 A.R. Bernard is the spiritual leader of the Christian Cultural Center, a church in Brooklyn with over 37,000 members. Bernard has been named the #1 religious leader in New York by The New York Daily News. He is a member of the board of directors of the New York City Economic Development Corporation. He is the author of the bestselling book Four Things Women Want from a Man. The New York Times described him as “The Power Pastor,” noting that “The reverend’s intellectualism and distinctive brand of man-up Christianity draws a wide audience to his church, the largest in New York.”

"A.R. Bernard has built a strong congregation of godly men by focusing on the four things God wants most from them: maturity, decisiveness, consistency and strength. As part of our board, he’ll help Promise Keepers to equip and inspire men to stand strong and stay focused on what matters most in light of eternity.”