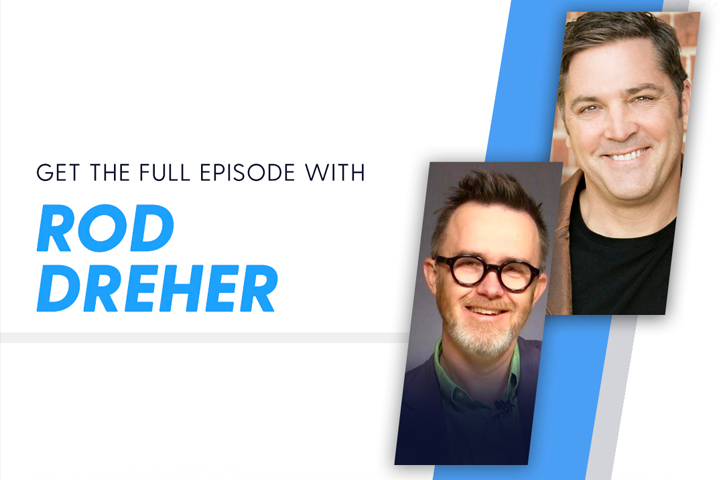 COLORADO SPRINGS — Ken Harrison is joined by three-time New York Times bestselling author Rod Dreher on the latest episode of “On the Edge with Ken Harrison.” Together they discuss how the Soviets gained control over Russia and the Eastern Bloc, the Communist exploitation of people who lost their identity and were overcome with loneliness, and the parallels in America today.

Highlights of Dreher’s interview in the podcast include (edited for clarity):

The parallels in today’s America:

“Much of communism started only among the intellectuals at first and many ordinary people thought it would never amount to anything. Then, one day they woke up and crazy theories were ruling their society. It happened so quickly because many of them weren’t paying attention. We think if we elect the right people to office or get the right judges on the bench things will take care of themselves, but this isn’t necessarily true because here America stands, losing its culture.

“For example, if future legislation passes, we’re going to see the persecution of Christian businesses and Christian institutions. The reason I tell people this is not to scare them. I do want to alarm them in a positive sense, but not in the sense of go hide under your bed and hope it all goes away because it’s not going to all go away. I want to make people realize that what’s happening in America and our culture is not normal. A version of this happened a century ago and we in the church need to get ready right now to fight back. If God is, for whatever reason, allowing this stuff to rule our society for any number of years, we have to be prepared to resist it, to be resilient in our faith, and not let it crush us.”

Recognizing and learning from the past:

We have to root ourselves deeply in scripture and we have to relate what we know from the Bible to what’s going on in the world around us. It can’t just be an abstract thing. We have to do like what Father Jakovčić and his groups did, which is coming together in small groups not only to pray, but to study what’s happening around us in light of scripture and then deciding what exactly what we are going to do.”