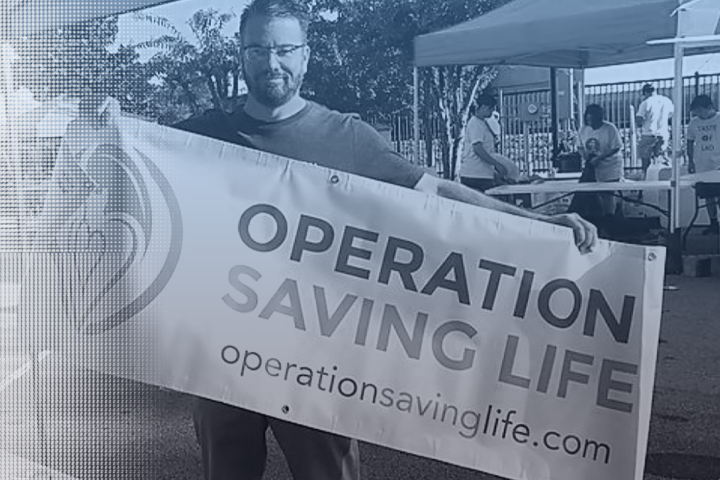 “I was sitting in a Starbucks and I was just dealing with the frustration of everything that we see in our culture, the darkness that’s there,” says Scott Hord, senior pastor at Christ Life Community Church in Smyrna, Tennessee. “I began to pray to the Lord, and I gave him my anger that day. I said, ‘Lord, I’ll give you my anger, I’ll give you my frustration … would you give me something in return?’ He put two words upon my heart: engage abortion.”

Scott didn’t know the specifics of how or where abortion was happening in his community. So, he Googled the topic and identified two nearby locations. Then he drove to the first facility, parked his car, and began to pray.

That act of obedience, of listening to God’s calling and then responding, was the beginning of a journey that led Scott to founding a vital ministry called Operation Saving Life. And since that day, his team has been on the front lines of abortion “clinics,” ministering to women and families — and saving babies.

“It can be very dangerous,” Scott says. “We’ve had guns pulled on us. We’ve had people try to run over us, spit on us, tase us, mace us, you name it. But we still go and we go with love. We realize that there’s a lot of shame associated with abortion. We don’t go there to condemn, but we go there in love and in truth hoping that women will respond.”

They are. As of this writing, 180 babies have been rescued through this amazing outreach. But it doesn’t end there. Scott and his team have taken on a comprehensive approach that ministers not only to the needs of the mother and baby, but also to the entire family. “Our commitment to them is to meet all of their needs, their immediate needs and even beyond,” he says.

May Scott’s story inspire you to consider how God can work through you to change the world in this time of crisis.