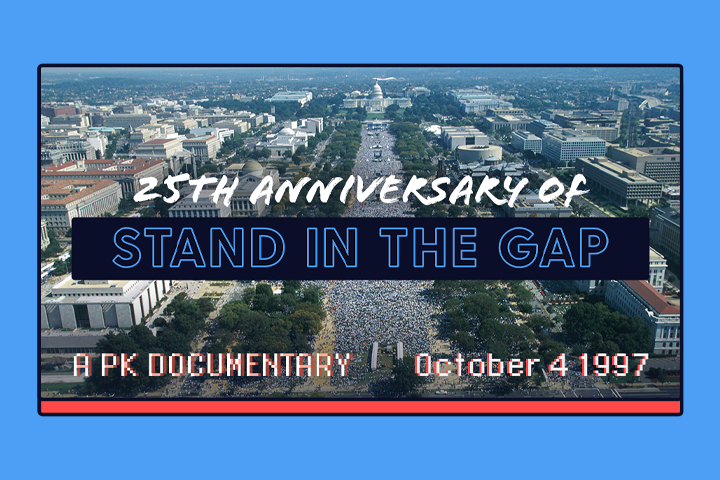 On October 4, 1997, the world witnessed an event unprecedented in our nation’s 221-year history.

Hundreds of thousands of men–some say as many as 1.4 million–descended on Washington, D.C., and gathered on the National Mall.

This event wasn’t about protesting or politics – it was about prayer.

This incredible event was known as “Stand in the Gap,” and in honor of its 25th anniversary, we’re producing a new documentary looking back at the day the lives of thousands of men were changed forever.

You might have been one of those men. You remember the powerful teaching, the sense of community with other brothers from around the world, and the peace you felt knowing that you weren’t alone.

If you didn’t have a chance to attend Stand in the Gap, this new documentary will offer a glimpse into what can happen when the men of our nation stand up, confess their sins, and commit to following God’s plan for their lives.

It’s time to share Stand in the Gap with the next generation. This documentary does just that.

The 25th Stand in the Gap Anniversary Documentary will air worldwide on October 4, and you’ll be able to watch it online–for free.

With God’s help, Promise Keeping men can heal our country and reform our culture, and this new documentary shows us how. We have our marching orders. It’s time to once again Stand in the Gap.

Sign up today to watch the documentary when it launches.